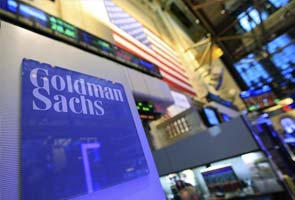 New York: Goldman Sachs Group Inc Chief Executive Lloyd Blankfein's compensation increased 14.5 percent to $16.2 million in 2011 despite a sharp decline in profits and share price during the year, leaving the bank open to more attacks on its pay policies.

Blankfein's pay boost includes stock awards from previous years that vested in 2011, and therefore does not reflect the amount that Goldman's board awarded him strictly for the company's performance last year.

The $16.2 million figure comes from a formula the U.S. Securities and Exchange Commission requires companies to use when reporting pay packages in proxy filings, where Goldman detailed Blankfein's compensation on Friday.

Both the SEC's formula and Goldman's formula include a $2 million salary and a $3 million cash bonus. The SEC formula also reflects $454,332 Blankfein received last year in benefits and perks, such as life insurance and a car and driver.

Whichever multimillion-dollar figure is used, Blankfein's pay package is likely to get attention both outside and inside Wall Street's most prominent investment bank, where thousands of traders, bankers and support staff were fired last year due to weak performance.

"Whether it's $12 million or $16 million, it's excessive," said Jack Ucciferri, research and advocacy director at Harrington Investments Inc, a Goldman shareholder that has a proposal in Goldman's proxy that, if passed, would require top executives to retain 75 percent of their stock holdings for at least three years after leaving the bank.

Goldman earned a $2.5 billion profit during 2011, down from $3.6 billion in 2010, and its share price fell 46 percent last year, amid a slowdown in investment banking deals and volatile trading conditions.

Using the bank's performance-based pay calculation, Morgan Stanley's board awarded Gorman $10.5 million for his work last year; the only cash component was a salary of $800,000. That was down 31 percent from $15.2 million the previous year.

The biggest U.S. banks, including Goldman, have implemented compensation reforms, such as "clawback" provisions and putting more bonus money in the form of restricted stock, due to new regulatory requirements.

But Goldman remains a particular target for activists because of its tendency to pay more than its competitors, and because of high-profile conflict-of-interest issues involving senior bank officials in the aftermath of the financial crisis.

In addition to Harrington's proposal, a coalition of religious groups had wanted the company to implement an annual review of executive pay. But the SEC rejected the group's proposal for inclusion in the proxy.

Laura Shaffer Campos, director of shareholder activities at the Nathan Cummings Foundation, one of the groups that proposed the annual pay review, said the increase in Blankfein's compensation puts the bank's reputation at risk.

"Given their stock's lackluster performance and the ongoing focus on these issues by groups like Occupy Wall Street, this certainly gives us additional fuel for next year," Campos said in an interview.

In a letter to shareholders, Blankfein said Goldman has been engaged in talks with large stakeholders to resolve their concerns about compensation. Harrington and Nathan Cummings own relatively small amounts of Goldman stock but have been influential through their proposals.

"Our engagement with shareholders, in particular, has provided a productive opportunity to garner feedback on what we can do better and for our shareholders to learn more about the Board's priorities," Blankfein wrote. "We received valuable input from shareholders following our say on pay vote last year, which reaffirmed our long-held view that pay-for-performance is the most critical aspect of compensation."

Each of these executives received performance-based pay of $11.85 million last year, which included a $1.85 million salary and a $3 million bonus.

Goldman also shaved the potential long-term cash award that certain executive officers will get if the company hits profit targets over a three-year period. Goldman introduced a program in 2011 that gave each executive the potential to collect $7 million if the average adjusted return-on-equity level from 2011 through the end of 2013 reaches 10 percent and book value grows an average of 7 percent over the three years.

The grant for the years 2012 through 2015 has been cut to an initial amount of $3 million, with 50 percent of that paid for each metric. Goldman's compensation committee also gave itself discretion in both programs to extend the performance periods by five years.

Promoted
Listen to the latest songs, only on JioSaavn.com
The ROE and book value targets appeared easily attainable when they were being established in late 2010, but Goldman's return on equity has fallen sharply since then. In 2011, adjusted ROE was just 5.9 percent, compared with levels above 30 percent before the financial crisis.