Bodo Ramelow, head of the eastern Thuringia state, made the confession during what he thought was a closed meeting on the invitation-only audio chatroom app Clubhouse at the weekend. 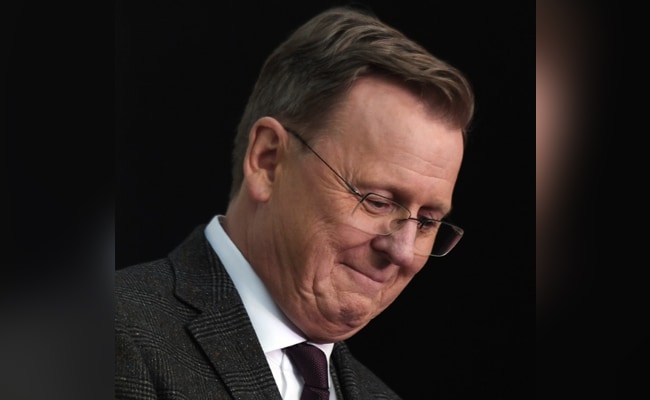 Bodo Ramelow also reportedly referred to the chancellor as "Merkelchen."

A German regional leader has sparked a backlash after he admitted on a chat app to playing Candy Crush on his phone during online pandemic response meetings with Chancellor Angela Merkel.

Bodo Ramelow, head of the eastern Thuringia state, made the confession during what he thought was a closed meeting on the invitation-only audio chatroom app Clubhouse at the weekend.

The politician from the hard-left Die Linke party said that during the often hours-long sessions, "some people play Sudoku, others play chess or Scrabble on their phones, and I play Candy Crush," according to German media reports.

He also reportedly referred to the chancellor as "Merkelchen", a diminutive meaning "little Merkel".

Responding to criticism online and in the media, Ramelow apologised for the Merkel slur and reflected on Twitter that "diminishing the chancellor's name was an act of male ignorance".

At a press conference in Berlin on Monday, Merkel's spokesman Steffen Seibert quipped that the revelation "speaks for itself and requires no further comment".

Armin Laschet, the head of Merkel's conservative CDU party, said he did not play games in the pandemic conferences "because they are about very, very important questions".

"We are discussing fundamental encroachments on basic rights... in schools, in education, in the economy, and you have to be involved in a focused way," he told reporters in Berlin on Monday.

Thuringia's interior minister, Georg Maier of the Social Democrats, told the RND broadcaster that Ramelow "should reconsider his behaviour".

Ramelow and other state premiers pushed back hard against Merkel's proposals for a tougher lockdown at a decisive pandemic meeting in October -- weeks before an explosion in new coronavirus cases.

Ramelow has since expressed regret and admitted that the chancellor was right to push for tougher measures.