In the lawsuit, the women describe the institute's workplace as a "nightmare, prisonlike environment." 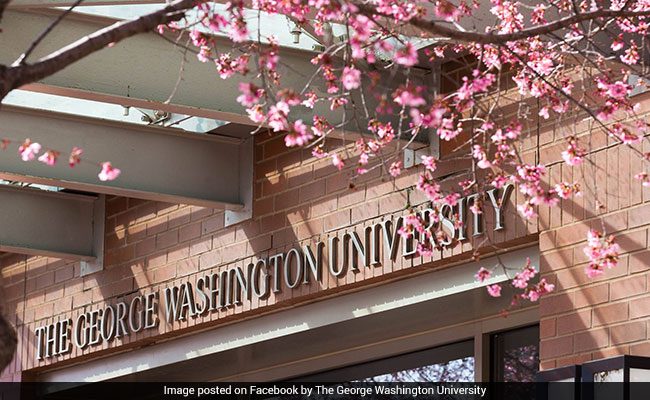 Students allege that the university knew of their concerns but did not protect them. (Representational)

Five students are suing George Washington University, alleging that a man who worked at an institute at the school raped female student-employees and bragged in the workplace about sexual encounters.

In the lawsuit, the women describe the institute's workplace as a "nightmare, prisonlike environment."

The women are identified as Jane Does 1 through 5 in a complaint filed in D.C. Superior Court this month. In the documents, they allege the university knew of their concerns and allegations but did not act to protect the women.

The man accused of rape is not named as a defendant in the lawsuit. Another institute employee who is listed as a defendant pushed back against the allegations and said the complaint was "inaccurate in a number of respects."

Brendan Klaproth, the attorney for the women, said in an email: "These women complained to GW, but their complaints were ignored. At GW, it seems as if the rights of the assailant trumped the rights of the women who had been assaulted and harassed."

"These five strong women came forward and brought this lawsuit to force GW to take action and to ensure that no other women are harmed in the workplace at GW," Klaproth said.

Maralee Csellar, a George Washington spokeswoman, said the university takes sexual misconduct and sexual violence issues seriously. It is university policy not to comment on cases while they are pending, she said.

"The university is committed to fully supporting any survivors and providing an equitable process for those who are accused," she said.

All the plaintiffs were employed by GWU through its work-study program, the complaint states. They worked at the university's Institute for International Economic Policy.

The complaint alleges troubling encounters with an employee whom they call a "sexual predator" and claim tormented them in a hostile work environment. It also claims that women tried to seek the help of another employee, Kyle Renner, who is named as a defendant in the lawsuit, along with the university.

"My review of the complaint shows that it is inaccurate in a number of respects and mischaracterizes my actions," Renner said in an email.

The accusers include a GWU student, identified as Jane Doe 2, who started working at the institute in January 2017, according to the compliant. In May 2017, the male employee asked the woman to come to his apartment, the lawsuit alleges. The woman agreed, according to the documents, but told the man "numerous times" that she did not want to have sexual contact.

The lawsuit alleges that the man ignored the woman's objections after she arrived at his apartment. The woman tried to push the man off her, but "he was much larger and stronger than her" and the woman was raped, the documents allege.

D.C. police searched sexual assault records and did not find any record of rape charges or pending investigations for rape involving the man, according to a spokesman.

Klaproth blamed the university for the lack of a law enforcement investigation.

"My clients were led to believe by the university, since their freshman year, that GW was the first line of defense," he said. "GW led them to believe that their complaints would be taken seriously and that sexual assault was not tolerated by the university. This lawsuit tells a different story."

The man "continued to torment" Jane Doe 2 and other female employees throughout the fall of 2017, the lawsuit claims. He made an inappropriate comment to the woman and started a "sexual rating system of the women he raped," the complaint alleges.

Another student, identified as Jane Doe 4, claims in the documents that the man would intentionally call female employees by incorrect names, something he did to "diminish and insult them." One one occasion, the documents claim, a woman at the institute stood up to him and tried to address his conduct.

The man "shouted down the female co-worker by stating, 'you will have to get used to things like that if you ever want to be successful in a work environment,' " the complaint alleges. "In fact, this was [the man's] constant refrain anytime a female worker confronted his sexist behavior. The female co-worker left the office crying."

Jane Doe 4 alleged she was at a nightclub with co-workers in September when she became intoxicated and the man asked her to come to his apartment.

Jane Doe 4 alleges the man raped her at the apartment. She tried to resist and fight him off, the complaint said, but could not. She was eventually able to stop the assault before falling asleep, the complaint claims.

After the alleged assault, the man bragged of his encounter with Jane Doe 4 in the workplace, the documents claim, and made "humiliating, derogatory sexual comments" about her to co-workers.

"Adding insult to injury, [the man] publicly ranked Ms. Jane Doe 4 among the other females in the office that he had victimized," the documents allege.

Jane Doe 1, who started working at the institute in September, alleged the man started behaving inappropriately shortly after she began working there.

Later that month, Jane Doe 1 filed a complaint with a supervisor, Renner, and told him that she felt unsafe working with the man. She described his behavior and relayed a rape allegation that involved one of her female co-workers. According to the documents, the woman was told that "sometimes you need to work with people that you don't necessarily get along with."

That student also claims a Title IX investigator reached out to her after she filed the complaint, but she alleges the investigator "took no action beyond that email." Title IX is the federal law that prohibits sex discrimination in schools that receive federal funding.

Another GWU student, Jane Doe 3, also claimed she came forward to file at least four formal complaints about the male employee to supervisors. Those complaints were "largely ignored," the court filing claims.

Promoted
Listen to the latest songs, only on JioSaavn.com
"GW has had actual and constructive knowledge of a sexually hostile work environment since September 2017 when the harassment began," it reads. The man "made the sexually explicit comments in a small, shared common workplace in front of superior and faculty members."