A total of 306 patients remain in hospitals while 150 have been discharged, said Health Secretary Francisco Duque, who said that all symptoms indicate that the poisoning was caused by a staphylococcus bacteria. 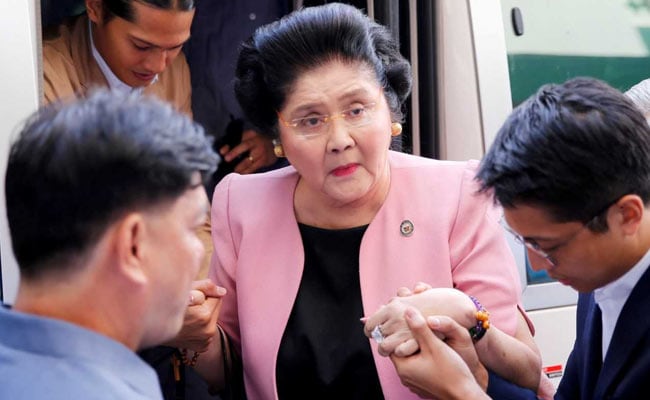 The children of Imelda Marcos apologised on Thursday for the food poisoning suffered by over 450 guests after they attended a celebration to mark the former Philippines First Lady's 90th birthday.

"My mom and our entire family are helping everyone who were affected get proper care. We are making sure that they are all okay," Imelda's daughter Imee said on Twitter.

Imee, who recently became a senator after spending nine years as Governor of Ilocos Norte region, a stronghold of the Marcos family, also promised to visit the victims in hospitals.

Her brother Bongbong, who is likely to run for President in 2022, apologised for the incident and pledged to help those who had taken ill until they had completely recovered, Efe news reported.

A total of 306 patients remain in hospitals while 150 have been discharged, said Health Secretary Francisco Duque, who said that all symptoms indicate that the poisoning was caused by a staphylococcus bacteria.

According to Duque, the bacteria most likely spread due to improper handling of food - either because the food was not well-refrigerated or because it wasn't cooked well enough.

Imelda - widow of late dictator Ferdinand Marcos - turned 90 on Tuesday and one event was held on Wednesday to celebrate her birthday at the Ynares Sports Arena in Pasig City, southeast of Manila.

The celebration, which was attended by some 2,500 supporters of the Marcos family, were served two different menus -- one for VIP guests and another for regular guests. People who fell ill were from the latter category.

"Our family did not organise the event. We were just invited ... the food came from different donors," Imee said in her post.

Authorities suspect that the source of the poisoning could be the meat in the adobo - a Philippine national dish - or the egg, although bottled water served to the guests will also be analyzed with the results expected after three days