Sicily, in Italy, recorded a temperature of 48.8 degrees Celsius on Wednesday, highest ever recorded in Europe, according to local authorities. 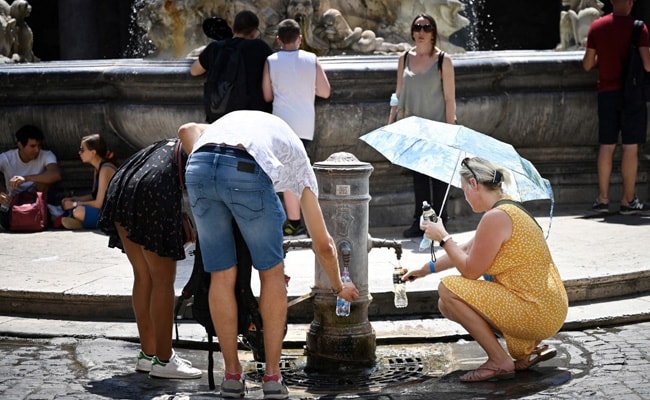 Italy may have seen Europe's hottest day ever as Sicily's Siracusa on Wednesday recorded the country's "highest-ever temperature" on Wednesday. Fuelled by unrelenting temperatures enveloping southern Europe, Italian firefighters on Thursday battled hundreds of fires throughout the country's south that killed four people.

Siracusa, in Sicily, has provisionally exceeded the previous European highest temperature with a record of 48.8°C yesterday.

If confirmed by @WMO, this temperature will break the previous record of 48.0°C in Athens in 1977.

Find out more in our blog ????https://t.co/JSeezfUyO0pic.twitter.com/BCubFysvnP

"Climate change is making heat-related extremes of weather more intense and when we think about those record-breaking temperature the chance of breaking temperature records - or coming close to breaking records - is greatly increased," said Professor Peter Stott,  who is the UK Met Office's lead on climate attribution.

"Record-breaking temperatures in June 2019 saw the French temperature record exceed 45.0 degrees Celsius for the first time, and our analysis found that event was at least five times more likely because of climate change... I think it's going to be clear that climate change has made this current event more extreme.

The latest extreme weather events come after a "code red" report from the UN's Intergovernmental Panel on Climate Change was published on Monday, warning that the world is warming far faster than previously feared.

The Mediterranean has been singled out as a "climate change hotspot", with increasing temperatures and aridity lengthening fire seasons, AFP reported.