"The suspected gunman left behind online a "manifesto", video material suggesting a terror attack motivated by "a hostile attitude to foreigners", a minister said. 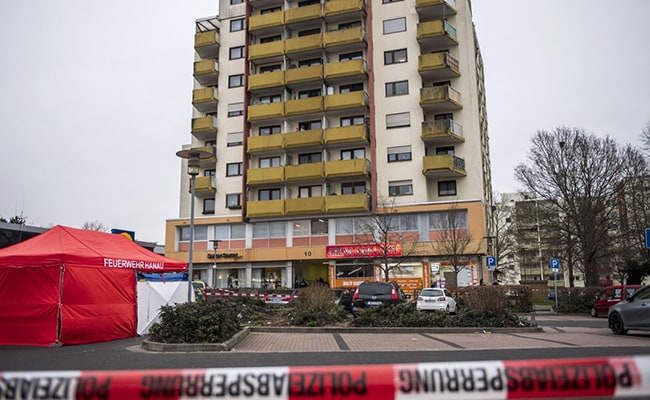 The suspected gunman in Hanau was identified as 43-year-old German Tobias R.

A shooter with suspected far-right beliefs killed nine people at a shisha bar and a cafe in the German city of Hanau, police said Thursday, before apparently killing himself and his mother.

Federal counter-terror prosecutors announced they were investigating the case, which showed "signs of a xenophobic motive", a spokesman told AFP.

Among the dead were "several victims of Kurdish origin", the Kon-Med association of Kurds in Germany said in a statement, adding that it was "furious" that authorities were not doing more to combat rightwing extremism.

Alarm has been growing about an increasingly emboldened far-right movement in Germany, following a deadly anti-Semitic attack in Halle and the murder of a pro-migrant politician last year.

The suspected gunman in Hanau was identified as 43-year-old German Tobias R.

He left behind online a "manifesto" and video material that suggested a terror attack motivated by "a hostile attitude to foreigners", said Peter Beuth, the interior minister of the state of Hesse.

The rampage started at around 10:00 pm (2100 GMT) on Wednesday at a shisha bar in the Heumarkt area of central Hanau, a city some 20 kilometres east of Frankfurt.

The gunman reportedly rang the doorbell and shot at people in the smoking section, killing five, including a woman, mass-market daily Bild said.

He then fled the scene by car before opening fire at the "Arena Bar & Cafe", killing three people outside the building, local media said, with witnesses reporting hearing a dozen shots.

Police said one of those injured had also died, bringing the toll from the bar attacks to nine.

Another person who was injured remains in critical condition, Beuth told reporters.

"The victims are people we have known for years," the Arena cafe manager's son told German news agency DPA. "It is a shock for everyone."

The bloodshed sparked an hours-long manhunt, with armed officers fanning out across the city and police helicopters roaming the night sky. 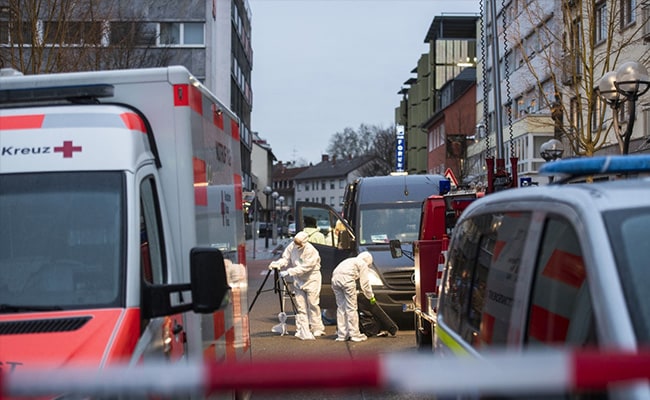 The gunman reportedly rang the doorbell and shot at people in the smoking section, killing five, including a woman, mass-market daily Bild said.

Special forces then stormed the suspect's apartment, where they found him dead. They also found the body of his 72-year-old mother.

Both were killed by gunshots, Beuth said, in what appears to have been a murder-suicide though the police have yet to provide details.

In a rambling 24-page document seen by AFP, the alleged gunman wrote that people from over two dozen countries should be "destroyed".

He also said he had never been with a woman, which he blamed on being "watched" by unspecified secret services.

King's College London counter-terrorism expert Peter Neumann tweeted of the text that it contained "various, but mostly extreme right views, with a do-it-yourself ideology cobbled together out of parts found on the internet".

"The pattern is clear, and not at all new," he added.

Neumann described the suspect as "an incel", short for someone who is "involuntarily celibate" and often used in connection with online groups of sexually frustrated men.

Several "incels" have been linked to violent attacks, including a man in Toronto who stands accused of killing 10 people by plowing a van into pedestrians in 2018.

"I stand with all those who are threatened by racist hatred. You are not alone," he said Thursday.

French President Emmanuel Macron tweeted that he supported German Chancellor Angel Merkel "in the fight for our values and the protection of our democracies".

The Hanau shootings took place less than a week after police arrested 12 members of a German extreme right group believed to have been plotting "shocking" large-scale attacks on mosques, similar to the ones carried out in New Zealand last year.

It also comes after last October's anti-Semitic gun attack in the eastern city of Halle on the holy day of Yom Kippur, which underscored the rising threat of neo-Nazi violence in Germany.

The rampage, in which two people were shot dead, was streamed live.

In June, conservative politician Walter Luebcke, an advocate of a liberal refugee policy, was shot dead at his home.