Workers are rushing to build core areas of the new city to replace the existing capital Cairo. 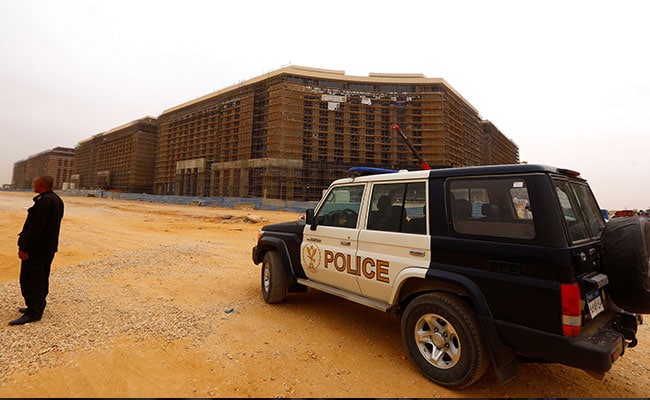 The city, known for now as the New Administrative Capital, is expected to cover 700 square km. (File)

Egypt's government wants to start running the nation from a new capital in the desert from mid-2020, but the $58 billion project is struggling to raise funds and needs to overcome other challenges after investors pulled out.

Workers are rushing to build core areas of the new city to replace Cairo, the existing capital on the Nile that has become a traffic-clogged, urban sprawl of more than 20 million people.

The project, launched in 2015 by Abdel Fattah al-Sisi a year after he was first elected president, aims to offer a clean and efficient base for the government and finance industry, as well as homes for at least 6.5 million people.

But the project, which also seeks to lift an economy dented by political turmoil after 2011, lost a lead investor from the United Arab Emirates and is now being run by the Housing Ministry and the army's Engineering Authority. 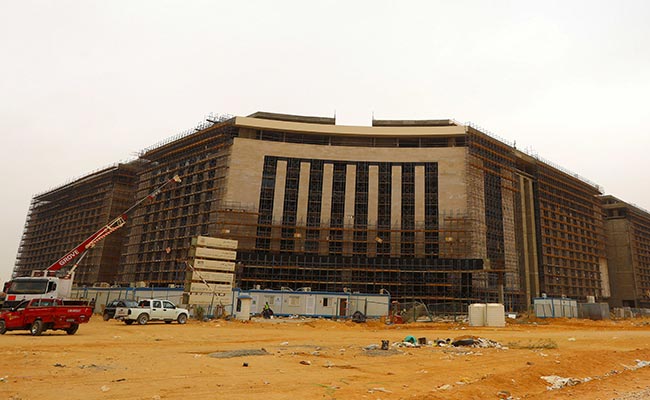 Construction work at future headquarters of Ministry of Defense in the new capital of Egypt.

"There is very strong interest from the political leadership in the project," said Ahmed Zaki Abdeen, a retired general who heads the company building the new city, told Reuters.

But he said "the large scale of the work leads to large scale problems", such as finding enough skilled labour to wire up the "smart city" and raising about 1 trillion Egyptian pounds ($58 billion) in financing over coming years from land sales and other investment.

"We need very extensive financing and the state doesn't have money to give me," said Abdeen, adding that about 20% of investment so far had come from abroad, including up to $4.5 billion from China.

A promotional video depicts a green city, running on cashless systems for transport and other services, that contrasts with Cairo, much of whose elegant 19th and early 20th century architectural heart has fallen into disrepair. 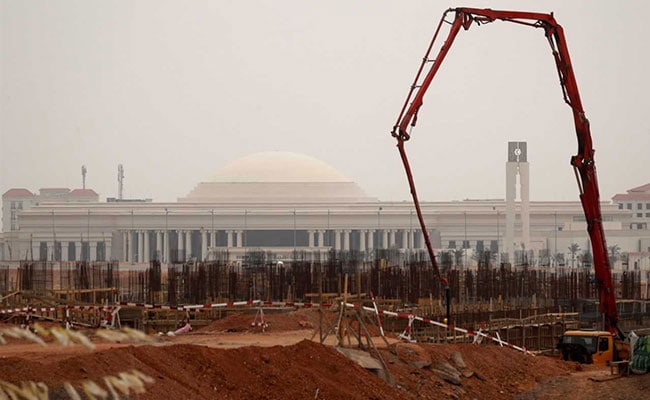 Construction Work at the future headquarters of Presidential buildings in the new capital of Egypt.

The new city, known for now as the New Administrative Capital, is eventually expected to cover about 700 square km. The first phase, covering about 168 square km, will have ministries, residential neighbourhoods, a diplomatic quarter and a financial district. A large mosque and cathedral, as well a hotel and conference centre, have already been built.

With parks and tree-lined avenues, the city will consume an estimated 650,000 cubic metres a day of water from the North African nation's scarce resources.

At the construction site, about 45 km (28 miles) east of Cairo, diggers and cranes clutter the landscape and wide roads run between empty plots and part-finished buildings. 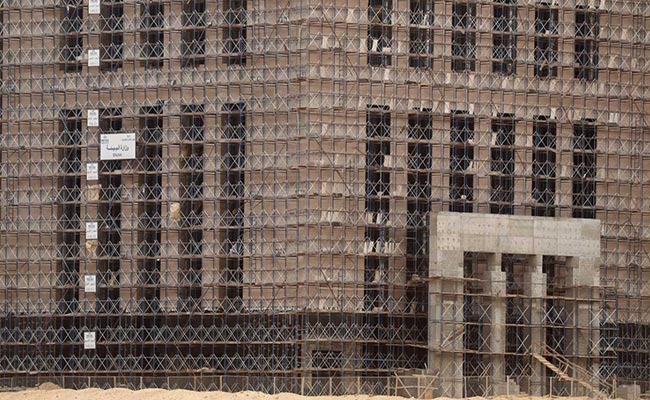 Future headquarters of Ministry of Environment in the New Administrative Capital, east of Cairo, Egypt

Workers for China State Construction Engineering Corp (CSCEC) lay foundations for the business district, where 21 skyscrapers including Africa's tallest at 85 stories are planned.

Abdeen said he hoped a $1.2 billion electrified train link from Cairo to the city, also being built by a Chinese firm, would be ready in 18 months. Before then the city would be served by electric buses, he said.

However, a $20 billion deal for the second project phase agreed in 2016 with China Fortune Land Development Co. Ltd fell through over financial terms. The second and third phases had been "postponed", he added.

Despite setbacks, Egypt's general-turned-president has been keen to show off the project, taking visiting French President Emmanuel Macron on a helicopter tour of the site in January.

David Sims, author of Egypt's Desert Dreams, a book on development projects, said the backing of Egypt's presidency and military made the project "too big to fail", although he said that did not guarantee people would want to live there.

"It's one thing to have an army of labourers and lots of machinery out there pushing dirt around but it will be another thing to see if it all comes together," he said.