Driver Films People Crawling Out Of Manhole In US Border Town 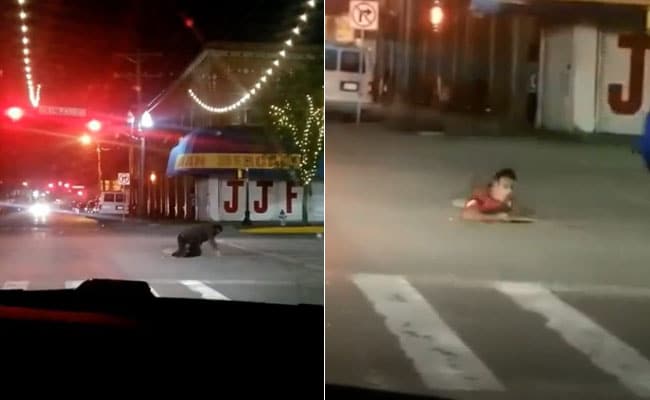 A video shows three men crawling out of a manhole in El Paso, Texas.

A video from El Paso, Texas, has captured the moment several men crawl out of a manhole in the middle of a busy street. The video was filmed in a border town that is less than half a mile away from the US-Mexico border. It is not the clear whether the people in the video are migrants, according to BBC.

In the cellphone footage, shot from inside a car, a man is seen coming out from a sewage manhole at a busy intersection. A second and then a third man soon follow him.

The video was first uploaded on a Twitter account called Uncle Sam's Children, reports Info Wars. They say that the footage was sent to them anonymously. The video has gone viral online amidst a surge in the number of migrants seeking asylum in the United States. US Border Patrol says 98,052 migrants were detained in the El Paso sector from October to April.

US President Donald Trump has made illegal immigration a signature issue of his presidency, vowing to build a wall on the border. In El Paso, where the video was filmed, locals have already come together to the first section of private border wall between the United States and Mexico, using money crowdsourced by supporters of Mr Trump.

This is not the first time that people have been filmed coming out of manholes. A similar video from April, also shot in El Paso, shows people crawling out of a manhole.