Citing US intelligence agencies, The New York Times reported on Wednesday that China and Russia eavesdrop on Donald Trump as he uses his unsecure cellphone to "gossip, gripe or solicit" his friends' take on how he is doing. 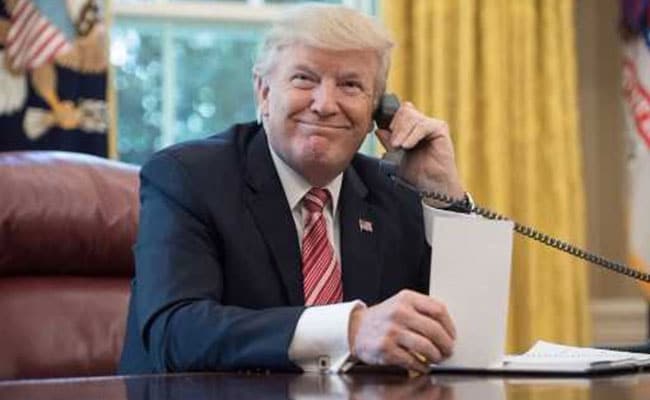 China has been spying on Donald Trump and secretly listening to his phone calls, an NYT report claimed

The White House has dismissed The New York Times report that US President Donald Trump has three cellphones, saying he has only one official government iPhone, the security of which follows industry best practices.

Citing US intelligence agencies, The New York Times reported on Wednesday that China and Russia eavesdrop on Donald Trump as he uses his unsecure cellphone to "gossip, gripe or solicit" his friends' take on how he is doing.

Donald Trump termed the NYT report as a "fake story" and said he rarely uses his cellphone.

The New York Times said it stands by its story, even as Donald Trump through his tweets and the White House in a statement later in the night, challenged the authenticity of the investigative story by the daily.

Quoting unnamed government officials, the New York Times claimed that president has two official iPhones that have been altered by the National Security Agency to limit their abilities and vulnerabilities, and a third personal phone that is no different from hundreds of millions of iPhones in use around the world.

The daily reiterated that calls made by President Trump to his friends through these cellphones are being listened and analysed by the Chinese and the Russians.

"The article written by the New York Times presented inaccurate information about the President's cellphone and its usage. The President does not have three cellular phones. He has one official government iPhone," White House Deputy Press Secretary Hogan Gidley said.

"This phone security follows industry best practices and is closely managed under government supervision in conjunction with recommendations from industry partners," he said.

Mr Gidley asserted that the phone is rotated on a regular basis and is constantly monitored for any security vulnerabilities and attacks, in accordance with recommendations from the intelligence community.

According to The New York Times, aides and people who know Donald Trump said that it was only late last year that he finally began to regularly use his government-issued cellphone instead of his personal cellphone. But the president kept his personal phone because he did not have any numbers stored on the government phone, they said.

"For many months, Mr Trump also did not commit to memory the number of one of his government phones, the aides said. He found the situation aggravating, complaining to aides that he had no number to provide when friends at his private club, Mar-a-Lago, in Palm Beach, Fla., asked how to reach him," the daily said.

Early in the morning, Donald Trump in a tweet said that the New York Times story is false and he uses only one cellphone.

"The so-called experts on Trump over at the New York Times wrote a long and boring article on my cellphone usage that is so incorrect I do not have time here to correct it. I only use Government Phones, and have only one seldom used government cell phone. Story is soooo wrong!" President Trump tweeted.