Trump Called Tim Cook "Tim Apple". Then Apple CEO Did This On Twitter

Donald Trump's gaffe spread quickly on social media. If Tim Cook was Tim Apple, then what about Jeff Amazon and Mark Facebook? And so on 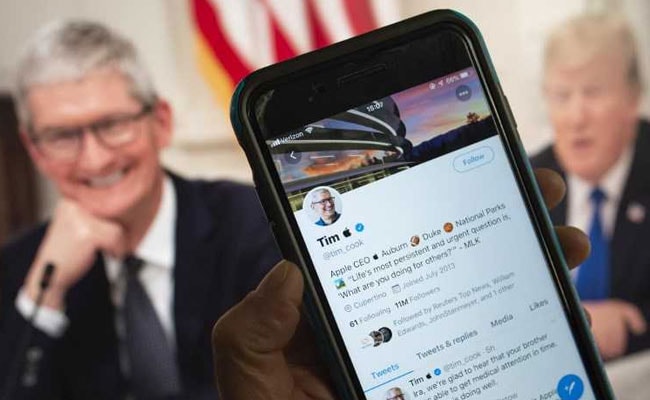 The moment was so fleeting, it could have been missed in a millisecond. At a White House event Wednesday, President Donald Trump thanked Apple CEO Tim Cook for his efforts to bolster the American workforce.

"You've really put a big investment in our country," Trump told Cook, who was sitting to the president's right.

And then Trump continued: "We appreciate it very much, Tim Apple."

Cook didn't appear to register the mistake at all. To Trump's left, his daughter, White House adviser Ivanka Trump, blinked and glanced ever-so-briefly downward. But the president kept speaking without missing a beat.

The gaffe spread quickly on social media. If he was Tim Apple, then what about Jeff Amazon and Mark Facebook? And so on.

The Verge pointed out it wasn't even Trump's first time messing up an executive's name in such fashion; last year, he once called Lockheed Martin CEO Marillyn Hewson "Marillyn Lockheed."

Not one to miss out on the fun, Cook quietly changed his Twitter name to "Tim" on Thursday and an image of the Apple logo, a coy nod to Trump's mistake.

Even more delicious was that Cook's inside joke was apparently only visible to people using Apple products.

"Guys, it's the most legendary 'Tim Apple' sub tweet of all time," one user wrote.

(Except for the headline, this story has not been edited by NDTV staff and is published from a syndicated feed.)
Comments
Tim AppleDonald Trump