Donald Trump's helicopter landed in the picturesque Swiss ski resort shortly ahead of his scheduled speech to the World Economic Forum where he will speak on on climate change. 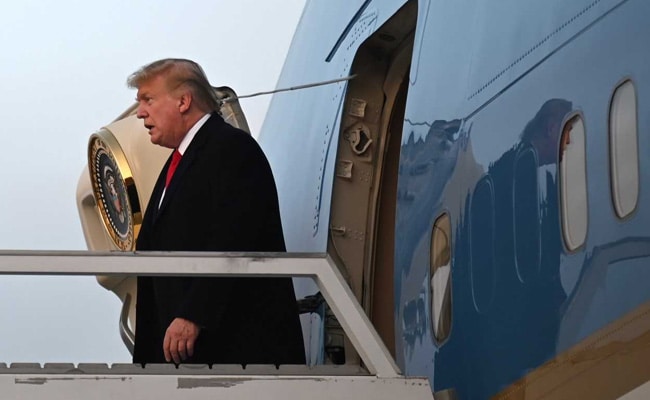 Donald Trump's impeachment enters a new phase in the Senate

US President Donald Trump arrived in Davos on Tuesday for the annual WEF forum, where he was to give a keynote speech just hours before his impeachment trial kicks into high gear in Washington.

Trump's Marine One helicopter touched down in the picturesque Swiss ski resort shortly ahead of his scheduled speech to the World Economic Forum, which this year is focusing on climate change.

He was also due to meet separately with the president of Iraq, Pakistan's prime minister and the head of the European Union executive body.

Meanwhile in Washington, Trump's impeachment enters a new phase in the Senate with legislators debating the format for the trial.

Although Trump's Republican party holds a majority in the Senate and is almost sure to acquit him on charges of abusing his power and obstructing Congress, the impeachment adds volatility to an already tense 2020 presidential election.

Trump returns to the White House on Wednesday.