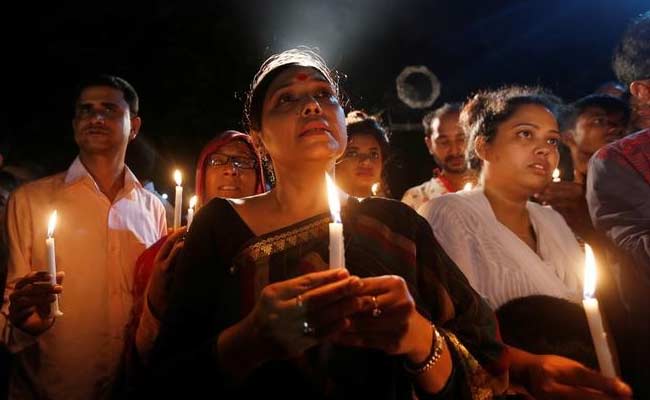 People attend a candle light vigil for the victims of the Dhaka cafe attack. (Reuters Photo)

Dhaka: US Secretary of State John Kerry has offered Bangladeshi Prime Minister Sheikh Hasina help to investigate those behind the killing of 20 people at a Dhaka restaurant, as police examine how the young, affluent and educated attackers were radicalised.

Police have said all six Islamist gunmen killed in Friday's attack, unprecedented in Bangladesh for its scale and brutality, were locals, leaving authorities rattled by the apparent spread of extremist ideology in a country until recently viewed as a relatively stable secular democracy.

ISIS has claimed responsibility for the attack and posted pictures of five grinning fighters in front of a black flag who it said were involved in the attack.

Home Minister Asaduzzaman Khan rejected those claims, blaming Jamaat-ul-Mujahideen Bangladesh (JMB), a local militant group which claims to represent IS but has no proven links.

Kerry spoke to Hasina on the telephone and offered FBI help in the investigation.

"The Secretary (Kerry) encouraged the government of Bangladesh to conduct its investigation in accordance with the highest international standards and offered immediate assistance from US law enforcement, including the FBI," US State Department spokesman John Kirby said in a statement.

Khan told Reuters in an interview that home-grown militants responsible for a wave of killings against individual members of minority groups in the past year and a half were to blame. He said three of the six attackers had been missing for six months.

The gunmen stormed into the restaurant in the diplomatic area late on Friday, before killing at least 20 people once they had separated foreigners from locals. Six were killed and a seventh suspect was captured and is in hospital.

Nine Italians, seven Japanese, an American and an Indian were among the dead. Two Bangladeshis were also murdered inside the restaurant, while two police officers were killed outside during the 12-hour standoff.

Friday's attack has shocked Bangladesh and analysts have said that as ISIS loses territory in Iraq and Syria and its finances get drained, it may be trying to build affiliates in other countries like Bangladesh and exploit disaffected youths.

The Dhaka restaurant attack was the worst since 2005, when JMB set off a series of bombs throughout Bangladesh in the space of an hour. Subsequent suicide attacks on courthouses killed at least 25 people.
© Thomson Reuters 2016
Comments
John Kerry helpFBI help in Dhaka AttackDhaka attack investigation