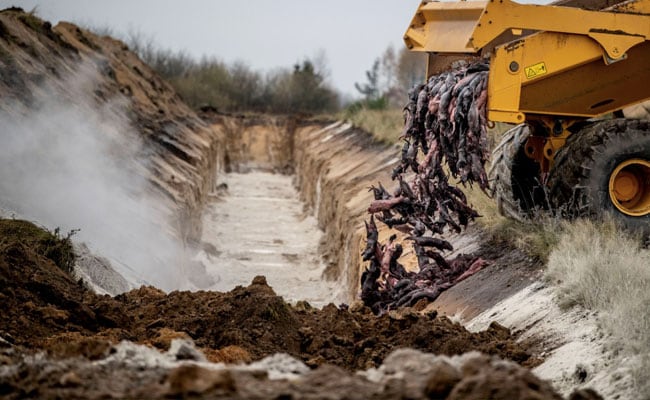 Four million minks culled in Denmark over a mutant coronavirus strain will be dug up next year to prevent pollution, the government said Sunday in the latest twist to a long-running saga.

"This way, we avoid the mink being treated as dangerous biological waste, a solution that's never been used before," the ministry said.

Denmark dug two mass graves in November on military sites near Holstebro and Karup in the country's west.

But under fire for its management of the "mink crisis", the government was forced to admit the pits were an environmental risk to the water table and nearby lakes.

The ministry said that the danger of pollution was not urgent, and that "the environment authority is following the situation closely," allowing the delay in digging up the minks until May.

Denmark, the world's top mink fur exporter, said in November it would cull its entire stock of 15 million minks because of a mutant coronavirus strain that could threaten the effectiveness of upcoming human vaccines.

Copenhagen said on November 19 that the "Cluster 5" mutation had been wiped out, and so far mink are the only animal confirmed to be capable both of contracting the strain and of passing it to humans.

But the government's decision became a political crisis when it turned out it had no legal basis for the cull.

Now a bill that would ban mink husbandry until 2022 is set to become law on Monday.

How Vaccine Misinformation Left US Children Vulnerable To Omicron