Pfizer Shots, Prior Infection May Protect Better vs Omicron: Scientists 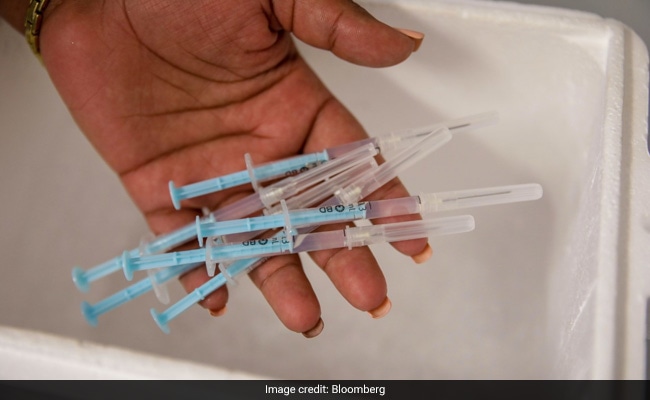 A two-dose course of Pfizer Inc. and BioNTech SE's Covid-19 shot as well as a previous infection with the disease may give stronger protection against the omicron variant, scientists from the Africa Health Research Institute in South Africa said.

Laboratory experiments with blood plasma led them to estimate that there would be 73% protection against symptomatic disease from omicron and 95% against severe infections for those who had been vaccinated and previously infected, the scientists, led by Alex Sigal, said in a preprint released on Wednesday. A preprint has not been peer reviewed.

The study echoes the initial findings by Discovery Health Ltd., South Africa's largest medical-insurance provider with 3.7 million clients, which gleaned results from health records. It also mirrors studies carried out by Pfizer itself. 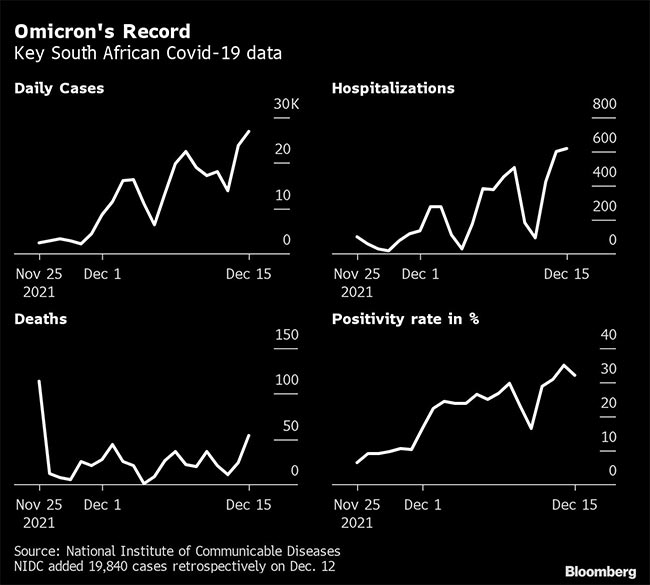 Still, there are concerns that the muted number of hospitalizations and deaths in South Africa, even as daily cases hit a record on Wednesday, may be due to the level of prior infections. A recent antibody survey showed that in the province of Gauteng, the epicenter of the omicron outbreak, 72% of people had previously been infected with Covid-19. Other countries, which have had less intense waves of infections, may have a different experience.

The results didn't account for the timing of sample collection soon after vaccination, and so may not show the waning of neutralization capacity, which cuts vaccine efficacy over time. Even so, longer term T-cell immunity against the beta and delta variants indicates a more complete immune response will likely also contribute to protection from severe disease caused by omicron infection and may counterbalance the effects of the lower initial antibody response.

The discovery by South African and Botswanan scientists of the omicron variant, which is spreading rapidly around the globe, was announced on Nov. 25. Sigal's team was the first to show that the variant could largely, but not totally, escape the antibodies produced by Pfizer's vaccine.