Over 1,000 Doves Starve To Death At Afghan Mosque Shut Due To Lockdown

Before the mosque complex shut amid a nationwide lockdown, flocks of the snow-white birds would gather at the popular tourist attraction, where visitors would feed them. 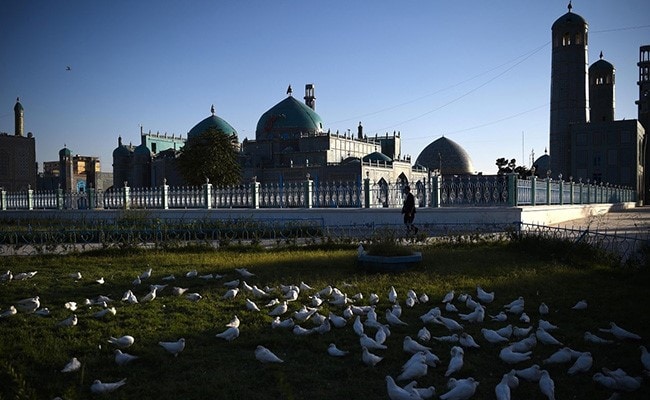 Local officials said authorities were ready to feed the birds if mosque managers allow it. (AFP)

More than 1,000 doves have died of starvation at Afghanistan's famed blue-tiled mosque in Mazar-i-Sharif after it closed to curb the spread of the coronavirus, caretakers said Tuesday.

Before the mosque complex shut amid a nationwide lockdown, flocks of the snow-white birds would gather at the popular tourist attraction, where visitors would feed them.

But without any visitors to the 12th century wonder in Balkh province in northern Afghanistan, the doves have had little to eat, caretakers said.

"Every day, about 30 doves die. We bury them outside the shrine," said Qayum Ansari, head of cultural affairs at the mosque, adding that more than 1,000 birds have starved to death in recent weeks.

The doves have been a fixture for decades, with some visitors even considering them sacred.

"The birds were fed by visitors but since the lockdown, nobody has come," said Ahmed Naweed, a caretaker at the mosque.

Local officials said authorities were ready to feed the birds if mosque managers allow it.

"We will buy them bird food," said Munir Farhad, spokesman to the governor of Balkh province.

The mosque, which is adorned with intricate hand-painted tiles, was destroyed by Genghis Khan and his army in the 13th century, but was rebuilt and has emerged as a major pilgrimage centre for Muslims.

Afghanistan's coronavirus crisis is worsening by the day, with authorities reporting 21,459 confirmed cases so far, though the real number is thought to be much higher.

Experts say the country has one of the highest rates of tests coming back positive -- about 40 percent, indicating high levels of undetected infections.

Officials have warned the country faces a "disaster," with hospitals running short of beds as suspected cases surge.

Bitcoin Is Now Legal Currency In This Central American Country