The February 6 shooting took place after employees at the fast-food outlet late that evening called to report a Mercedes parked in the drive-thru line with a man slumped over in the driver's seat,the Vallejo Police Department said 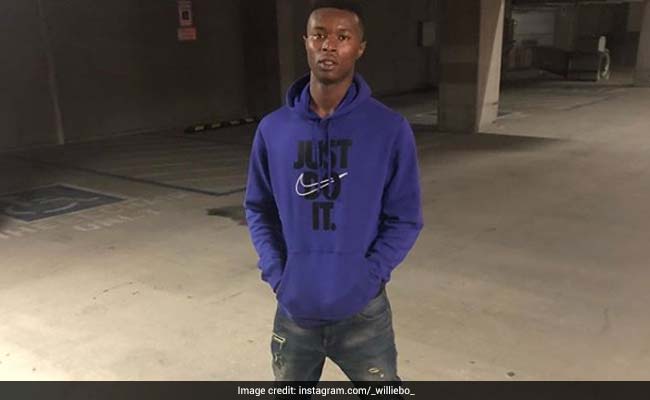 Willie McCoy was pronounced dead at the scene.

The police in northern California are conducting a probe following outrage over the fatal shooting of 21-year-old rapper Willie McCoy, who was found sleeping in his car outside a Taco Bell.

The February 6 shooting took place after employees at the fast-food outlet late that evening called to report a Mercedes parked in the drive-thru line with a man slumped over in the driver's seat, the Vallejo Police Department said.

In a statement, the police said officers responded to the call and as they approached the locked vehicle, they noticed that the driver was unresponsive and had a gun on his lap. They added that the car's transmission was in drive.

As police assessed the situation and tried to prevent the vehicle from moving forward, the statement said, things turned deadly.

"The driver... suddenly began to move," the police report said. "The officers told the driver to keep his hands visible, however the driver quickly reached for the handgun on his lap.

"In fear for their own safety, the officers discharged their weapons at the driver."

It was unclear how many bullets were fired.

McCoy was pronounced dead at the scene.

His family has challenged the police version of events, describing the shooting as an "execution" and a clear case of racial profiling.

"There was no attempt to try to work out a peaceful solution," Marc McCoy, Willie's older brother, told the Guardian. "The police's job is to arrest people who are breaking the law -- not take the law into your own hands. You're not judge, jury and executioner ... We're never going to get over this."

McCoy's shooting follows a string of similar incidents of alleged police brutality in the US in recent years.

And this is not the first time the Vallejo Police Department has come under scrutiny following complaints of excessive force.

In 2017, a video of an officer straddling a man on the ground and punching him in the face several times prompted an uproar.

Another video last year showed a Vallejo police officer repeatedly hitting a man with his flashlight as he was being restrained and handcuffed by another officer.

Vallejo police did not respond to an AFP request for comment on the McCoy case and McCoy's family could not be immediately reached.