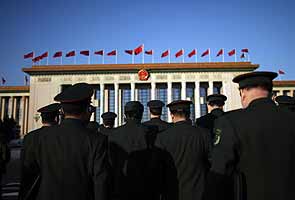 Beijing: In China they are known as "princelings" - the privileged children of the revolutionary founders of the People's Republic of China. And in the generational leadership change that just took place in Beijing, it could not have been clearer that having the right family bloodlines is among the most important attributes an ambitious cadre could possess.

Of the seven men who now comprise the Communist Party's new politburo standing committee, the apex of political power in China, four are members of "the red aristocracy", led by the new general secretary of the party, Xi Jinping.

The thriving of the princelings should not be a surprise, analysts and party insiders say. Rarely in its six decades in power has the party been under more stress. Public anger over widespread corruption, widening income inequality and vast environmental degradation have chipped away at its legitimacy.

The party's over-arching goal is to maintain its grip on the nation, and moving so many princelings into top positions is akin to taking out a political insurance policy.

The rise of the princelings comes despite the fall of one of their own ambitious brethren, Chongqing party secretary Bo Xilai, himself a one-time contender for the standing committee and a son of one of Mao Zedong's closest comrades. Earlier this year, Bo's wife was convicted of murdering a British businessman in one of modern China's biggest political scandals.

Bo himself faces possible charges of corruption and abuse of power.

But in the wrangling over the new leadership, the princelings got a boost from former president and party elder Jiang Zemin, 86, widely viewed as a backroom powerbroker. Jiang had long supported Xi's rise and helped get another princeling onto the standing committee.

Jiang sees himself as a princeling as well, party sources say. His uncle, who died in 1939, is hailed as a martyr of the revolution that brought the Communists to power in 1949. Jiang additionally hopes that backing Xi will preserve his legacy and protect his family.

Party insiders say Jiang wants to make sure his two sons, both of whom are successful businessmen, are protected at a time of enhanced scrutiny of the wealth accumulated by the families of the country's top leadership.

The new standing committee is the first to be dominated by princelings. Jiang's successor, outgoing president Hu Jintao, was the first among equals in the previous line-up, which comprised mainly technocrats and bureaucrats.

But now, according to several analysts, most senior party members have fallen in line with what late economic tsar and one-time standing committee member Chen Yun once said: "The land under heaven should one day be handed to princelings, who can be trusted not to dig the party's grave."

In addition to Xi, 59, those on the committee with familial ties to the country's red founders are Vice Premier Wang Qishan, who will lead the party's efforts to contain corruption; former Shanghai party secretary Yu Zhengsheng, 67, the oldest member on the committee; and Zhang Dejiang, who studied economics in North Korea and replaced Bo as party boss in Chongqing.

Beyond their commitment to party rule, insiders say the princelings' inclinations on the critical issues facing China - especially political and economic reform - are harder to discern. Xi has used standard party rhetoric since taking the top job, saying China must "continue reforming and opening up".

The princelings, analysts said, tend to be bound not by strong policy preferences, but by their privileges and the conviction they were born to rule.

"The way they rode to power is very similar, but whether they share the same outlook, the same preferences for policies, I think that's not really the case," said Damien Ma, an analyst at political risk consultancy Eurasia Group.

Some analysts are cautiously optimistic that a leadership dominated by Xi and the other princelings might move with surprising boldness.

One Beijing-based political analyst, who requested anonymity because of the sensitivity surrounding discussions on the leadership, said princelings believe it is their birthright to rule, and act accordingly. Analysts contrast them with leaders from a rival political faction, the Communist Youth League which produced President Hu.

"(The princelings) are naturally more confident and bolder than the children of commoners like Hu, whom they see as a mere caretaker, or a hired CEO," the analyst said. "The CEO is more prudent. The stakeholders are more anxious than the CEO if the company is not doing well. Princelings are likely to be bolder in pushing for change."

Some members of the political elite believe the party, after a decade of stagnation on political reform, needs to move quickly to improve government transparency, accountability and the rule of law, as well as allow more freedom of expression. They point hopefully to Xi's princeling bloodlines.

His father, Xi Zhongxun, who gave refuge to Mao during the Long March from 1934 to 1936, was a liberal. As party secretary of Guangdong in 1980, the elder Xi convinced Deng Xiaoping to allow him to set up market-oriented special economic zones in the province, the first place to do so in the Communist era. He also opposed the army crackdown on student protesters at Tiananmen Square in 1989, and championed the rights of Tibetans and other minority groups.

Others believe Xi junior's public comments and writings, however rare, indicate he and the other princelings are pragmatists.

A tale of two Princelings

Xi's ascension, along with the other members of the red aristocracy, came at an awkward moment for the princelings.

Their princeling comrade Bo Xilai was ousted in March as party boss of Chongqing, lost his seat in the wider Politburo in April and was expelled from the party in September.

But the downfall of such a high-profile princeling, analysts suggested, was not necessarily unhealthy. At a time of deepening cynicism about the leadership among many Chinese, it showed that when a princeling breaks the law, "his crime is the same as that of a lawbreaking commoner", commentator Zhang said, quoting a Chinese proverb.

The different outcomes for Xi and Bo also suggest that even for the offspring of well-connected families, the way they wield power matters. By all accounts, Xi mostly kept his head down and did what was asked of him as he rose through the party's ranks.

Bo, by contrast, was flamboyant by Chinese political standards and played the family card if he thought it could help.

Bo's father, Bo Yibo, was one of the so-called "eight immortals," and helped guide China away from some of the most disastrous policies of the Mao era. He died in 2007.

At one point before the elder Bo's death, President Hu summoned Bo and Xi and offered them the same job: to run the landlocked province of Inner Mongolia, an economic backwater.

Bo, then commerce minister, was reluctant to go and told Hu he would have to ask his father first, one party insider told Reuters. Xi, then party boss of prosperous Zhejiang province in eastern China, said he was not familiar with the ethnic issues in Inner Mongolia but was willing to go.

"It was a test, but Bo used his father to pressure Hu," the party insider said, requesting anonymity to avoid repercussions for discussing secretive elite politics. "Xi was willing to accept whatever the party arranged."

All along, Xi understood intuitively that "the higher the profile (of an up and coming official), the more difficult promotion will be", even for a princeling, said Zhang, the political commentator.

In 2000, as governor of Fujian province in the southeast, Xi gave an interview in which he quoted an ancient Chinese military strategist:

"Do not try the impossible. Do not seek the unattainable ... Do not do the irreversible. Taking up a new government post is a relay. Don't drop the baton and run your leg well."