Best Companies To Work For In 2019, According To Their Employees

Missing from the top five for the first time since 2010 - though just behind it, and still in the top 10 - were any Silicon Valley heavyweights like Facebook (No 7) or Google (No 8). 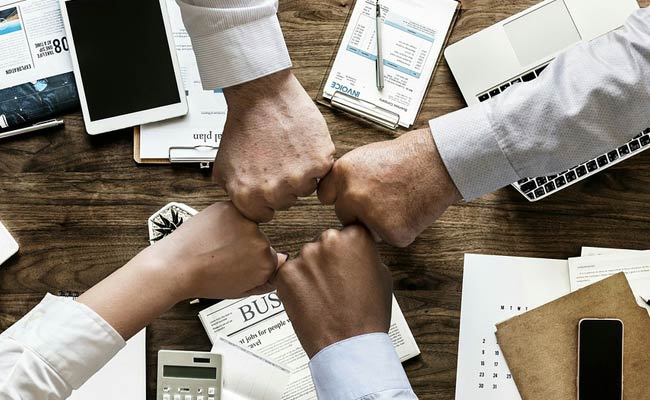 Glassdoor calculates its ranking each year for the top US large employers. (Representational)

Just one employer can lay claim to being among the top five every year on the job site Glassdoor's annual ranking of the best places to work - and no, it's not Google. Or Facebook. Or Apple.

That badge of honor goes to Bain & Co, which also landed in the top spot for the fourth time this year on the 2019 ranking - the list's 11th year, which was released late Tuesday. The global management consultancy was lauded by employees for things such as a supportive work environment and its compensation for employees in the reviews that form the basis of the ranking.

Missing from the top five for the first time since 2010 - though just behind it, and still in the top 10 - were any Silicon Valley heavyweights like Facebook (No 7, and last year's No 1) or Google (No 8, which ranked No 1 on the 2015 list). In a year when the search giant faced a protest walkout by more than 20,000 employees and the social media platform's leadership has come under a harsh spotlight for its handling of users' personal data and role in the 2016 election, one might assume the decline is a sign of worsening employee morale.

But Glassdoor chief economist Andrew Chamberlain says the differences in scores on the list are too slight to make that interpretation based on the ranking's results alone.

"Most of the criticism has been external at Facebook, and we just don't see as many employees impacted by it as you might have thought," he said, noting that some reviews mentioned the bad publicity was actually helping employees "band together" and that the difference between its score (4.5) and the top score (4.6) is extremely small. Facebook, which has been on the list for the past nine years, has seen a drop in its ranking before, such as a drop from No. 5 to No. 13 between 2014 and 2015.

Indeed, the difference between the top rated company and No. 100 on the list is just four-tenths of a point (4.6 to 4.2) on a 1 to 5 rating scale (with 5 being the best), making swings in the positions of employers on the list relatively common from one year to the next.

Still, Chamberlain said that the response of Facebook workers to a question about their business outlook had declined from 89 percent who'd written positives reviews last year to 82 percent this year.

"It remains to be seen what happens next year," Chamberlain said. He added, "I think there definitely is a wariness that not only affects consumers but it affects job seekers, and I think [the tech companies] are very aware of that."

The Glassdoor results appear much better than an internal "pulse" survey at Facebook that was reviewed and reported recently by the Wall Street Journal. In mid-November, the newspaper reported that Facebook's tough year was taking a toll on morale, with just over half of employees saying they were optimistic about Facebook's future, down 32 percentage points from a year ago. That survey was taken by nearly 29,000 employees, the Journal reported, compared with the just 436 Facebook employee reviews on Glassdoor over the past year.

Facebook spokeswoman Genevieve Grdina pointed to another statistic from the company's biannual "pulse" survey on "overall favorability" about working there, saying it's currently at 70 percent, a drop of 2 percentage points since April. In a statement reported by the Journal, the company said "it has been a difficult period, but every day we see people pulling together to learn the lessons of the past year and build a stronger company. Everyone at Facebook has a stake in our future, and we are heads down shipping great products and protecting the people who use them."

Glassdoor calculates its ranking each year for the top US large employers by considering any company with at least 1,000 employees and at least 75 approved reviews, left voluntarily on Glassdoor's site, that were received over the year. (The average number of reviews for all the companies considered is 300, a figure Chamberlain says is representative.) Winners are decided using a proprietary algorithm based on the reviews, pulling together workers' opinions on the pros and cons of working at the company, their CEO and issues such as compensation and benefits.

Rounding out the top five on this year's list were In-N-Out Burger at No. 3, Boston Consulting Group at No. 5, and two newcomers to the large-company list - Zoom Video Communications and Procore Technologies. LinkedIn (No. 6), Lululemon (No. 9) and Southwest Airlines (No. 10) completed the top 10.

Earlier this year, the Japanese firm Recruit Holdings, which also owns the biggest jobs site, Indeed, acquired Glassdoor in a $1.2 billion deal that was one of the larger technology acquisitions of 2018. Glassdoor publishes job listings and also has a separate "employer brand" service where employers tout their company on a website that sits on Glassdoor alongside any reviews.

At a time when a tight labor market and a cultural appetite for transparency and accountability has grown, Glassdoor's rankings can be seen as a way of reinforcing why that "employer brand" matters, and can help draw the attention of CEOs who want to do well on such rankings. In its methodology, Glassdoor says it "is committed to the highest level of data integrity and reviews quality, including treating all employers equally, regardless of whether they are a customer of Glassdoor."

Chamberlain says the company audits the reviews for any signs of stuffed ballot boxes by employers, looking for suspect IP address patterns, for example. And even if companies launch internal campaigns to get employees to fill out reviews, he says that won't stop the people who aren't happy from complaining.

"If it's really happening," he says, "you'll see the truth come out."