Maria Kolesnikova was detained while attempting to cross overnight with two other members of the opposition's Coordination Council who were able to pass through to Ukraine, Anton Bychkovsky, a spokesman for the State Border Committee, told AFP. 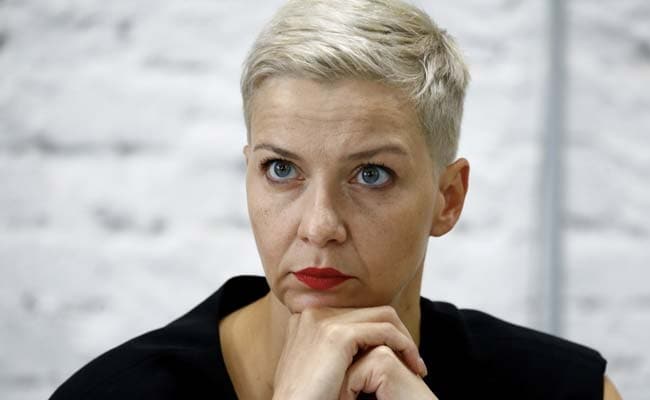 One of Belarus's leading opposition figures Maria Kolesnikova has been detained while trying to cross into Ukraine, border officials said Tuesday.

Kolesnikova was detained while attempting to cross overnight with two other members of the opposition's Coordination Council who were able to pass through to Ukraine, Anton Bychkovsky, a spokesman for the State Border Committee, told AFP.

She and the two other council members, press secretary Anton Rodnenkov and executive secretary Ivan Kravtsov, had disappeared on Monday.

Bychkovsky said Rodnenkov and Kravtsov were able to cross into Ukraine, and the Ukrainian embassy in Minsk confirmed to AFP they were in the country.

Kolesnikova was being held and "an investigation is under way to legally assess the situation," Bychkovsky said.

State news agency Belta quoted border officials as saying the three had tried to cross the border in a BMW car around 4:00 am Tuesday.

The Coordination Council was set up to ensure a peaceful transfer of power after President Alexander Lukashenko's main rival Svetlana Tikhanovskaya rejected his claim to have won an August 9 presidential election with 80 percent of the vote.

The disputed election has sparked widespread protests and a harsh police crackdown that has seen several thousand people arrested.

Germany and Britain had on Monday demanded answers after Kolesnikova went missing and allies said she had been snatched off the streets by unidentified men in black.

Kolesnikova, 38, is the only one of the trio of women who fronted Tikhanovskaya's campaign to remain in Belarus.

Tikhanovskaya left the country under pressure from the authorities and was granted refuge in EU member state Lithuania, while her other campaign partner, Veronika Tsepkalo, is now in Ukraine.