Asia Bibi, a 47-year-old mother of four, was convicted in 2010 after being accused of insulting Islam in a row with her neighbours. 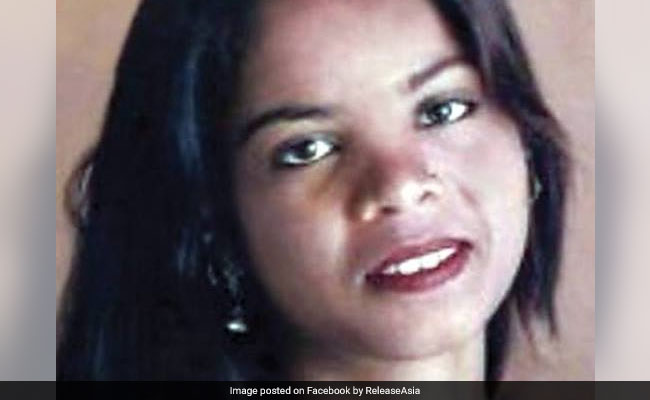 A Christian woman who was convicted of blasphemy and was acquitted by Pakistan's Supreme Court is likely to be flown out of the country as the landmark verdict sparked countrywide protests and death threats from hard-line groups.

Asia Bibi, a 47-year-old mother of four, was convicted in 2010 after being accused of insulting Islam in a row with her neighbours. She always maintained her innocence, but has spent most of the past eight years in solitary confinement.

The top court's judgement, which was pronounced Wednesday, triggered protests across Pakistan with protestors led by Islamic political party Tehreek-i-Labaik Pakistan and other groups blocking major highways and roads in different parts of the country.

Asia Bibi's husband Ashiq Masih has reached Pakistan along with his family from the UK to shift her abroad, The News reported quoting sources.

Ashiq Masih was provided complete security by the law enforcement agencies, it said.

Officials also said Asia Bibi might be flown out of Pakistan due to threat to her life.

However, it was not clear where she will go as several countries, including Canada, have offered asylum to her.

The timing of her release was not been shared due to security reasons. She was kept in Sheikhupura jail near Lahore.

Asia Bibi's case has been deeply divisive in Pakistan where there is strong support for the controversial blasphemy laws.

The blasphemy laws were promulgated by former military dictator Ziaul Haq in 1980s. A person convicted under these laws is given death sentence.

Asia Bibi was the first woman who was given death sentence under the blasphemy laws.