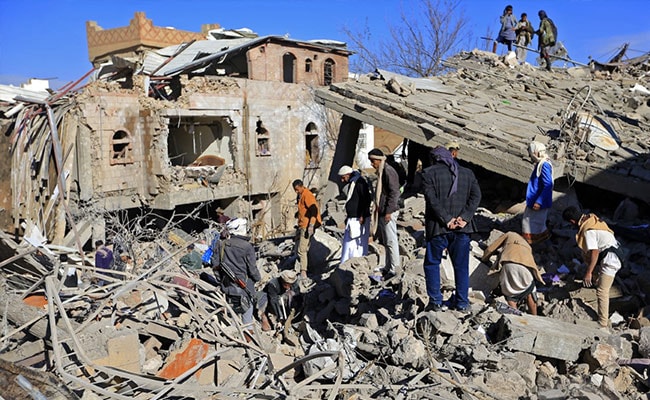 The air strikes hit two houses, leaving them in ruins

Eleven people were killed in coalition air strikes on Yemen's rebel-held capital Sanaa, a witness and medical sources told AFP Tuesday, after the insurgents launched a rare and deadly attack on the United Arab Emirates.

"Eleven people were killed. The search is still going on for survivors in the rubble," said Akram al-Ahdal, a relative of some of the victims. A medical source confirmed the number of deaths.

The Houthis have carried out repeated cross-border attacks against Saudi Arabia, but this is the first deadly assault acknowledged by the UAE inside its borders and claimed by the Yemeni insurgents.