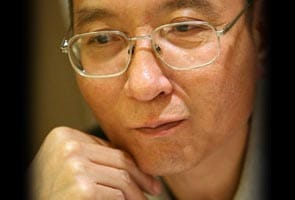 Beijing: In the week after Liu Xiaobo won the Nobel Peace Prize for his decades of promoting democratic change in China, dozens of people who openly agreed with his views say they have been detained, roughed up, harassed or kept from leaving their homes.

The latest appears to be a woman who Liu has said should win the prize: Ding Zilin, who has fought for years for China's government to recognize the hundreds killed in the military's crackdown on pro-democracy demonstrators in Tiananmen Square in 1989.

Liu's wife sent out an alert late Thursday that said Ding had "disappeared" and urged people to "pay attention" to her case.

Specially targeted for harassment after Liu won the peace prize are the first group of signers of Charter 08, the demand for greater freedoms that brought Liu an 11-year prison sentence for subversion and that was cited by the Nobel committee.

"I'm so sorry. I have a lot to say, but I don't dare to talk. I've been confronted several times by police already since Liu Xiaobo won the prize," writer Zhao Shiying, who signed Charter 08, said Thursday.

"Anyone who signed the charter" is getting police attention, he said. "I hope you understand this life we lead."

Some received threatening phone calls from police as they prepared to release an open letter late Thursday calling for Liu's release, said Xu Youyu, a professor with the Chinese Academy of Social Sciences who signed and helped prepare the letter. He said more than 120 people, including prominent activists and journalists, had signed.

"We call upon the Chinese authorities to approach Liu Xiaobo's Nobel Prize with realism and reason," the letter says. It also asks police to stop "these illegal actions."

"We thought we had to say something," said Xu, who added that he personally had not been harassed. "The government is still doing the same things."

Beijing-based activist Fan Yafeng said he has been roughed up this week by the police who watch him.

Zhou Duo, a friend of Liu who took part in the Tiananmen Square demonstrations, said state security officers have kept him in his home since the night of Oct. 9, when he was to attend a dinner to celebrate the peace prize.

Dissident author Yu Jie said his bags were searched when he returned Thursday from a trip to the United States, and police told him that he now must have a police escort everywhere he travels.

Beijing police did not immediately respond Friday to a faxed question about the complaints.

China has responded angrily to the award, saying the West was using it to undermine China and calling Liu a criminal. In particular, Beijing has singled out the Norwegian government for its 'erroneous support' of the Nobel Committee's decision, cancelling several meetings with a visiting minister.

On Friday, Norwegian Foreign Minister Jonas Gahr Stoere said he had met with Chinese ambassador Tang Guaqiang to emphasize that Norway wants to continue its cooperation with China on a broad range of issues.

"I expressed regret over the reactions we have seen from China over the last week," he said, adding that he told Tang that China "must bear responsibility for its decisions to take actions that affect our relations."

Stoere said he again urged China to release Liu Xiaobo and remove the restrictions on his wife Liu Xia.

Liu Xiaobo, a protester who helped persuade students and other demonstrators to leave Tiananmen Square hours before the military moved in, told his wife he was dedicating the peace prize to the crackdown's "lost souls."

Ding, the activist who founded the group Tiananmen Mothers to fight for the memory of those killed, including her son, had been warned before the peace prize not to give interviews.

Her mobile and land phones in Beijing and the city of Wuxi, where she was last heard from, appeared disconnected Friday.

"The last time I talked to her was Oct. 8 when Liu Xiaobo won the peace prize. We were so happy," Xu Jue, a member of the Tiananmen Mothers, said Friday. "We're really worried she's been taken away. When she was detained before, she would make contact. What if it's worse this time?"

Police in Wuxi on Friday said they would look into Ding's apparent disappearance.

From the moment Liu won the prize, the government sprang into action, having a spokesman condemn the award, erasing online mentions of Liu from and pumping up the propaganda in the state media.

One well-known blogger, Wen Yunchao, said a Twitter-like service run by Sina Corp. was so deluged with messages that extra employees were brought in to help censor them.

Turning up the criticism of Liu and the Nobel committee, propaganda authorities on Thursday launched a coordinated, bitter response.

A pair of official Xinhua News Agency articles, placed prominently on major online portals, attacked the prize as a tool the West is using to undermine China. One linked Liu with the Tibetan spiritual leader the Dalai Lama, who is widely unpopular in China because the government has accused him of wanting to split Tibet from China.

"A few people abroad have reacted to the news with joy, frolicking around as though they've taken drugs. One of these people is the Dalai Lama, who won the Peace Prize in 1989," the article said. "What's the underlying link? The Dalai Lama and Liu Xiaobo are the political dolls of Western forces."

While propaganda officials are targeting ordinary Chinese to mold public opinion to the government's line, police have warned activists against trying to use the peace prize as momentum to cause any trouble.

Some say China's official angry response to the peace prize is being repeated during long police interrogations.

"This is Western anti-Chinese forces conspiring to subvert the Chinese government," activist lawyer Pu Zhiqiang said the deputy chief of one Beijing police station told him. Pu was detained on Sunday and emerged Wednesday night.

Official pressure continues on Liu's wife, who remains under house arrest inside her Beijing apartment.

The law firm that represents Liu said Thursday they can't even talk with Liu Xia about the case. Lawyer Mo Shaoping said when he invited her to the law firm to discuss whether to appeal her husband's sentence, Liu Xia said police wouldn't allow it.

The phone was then cut off.

Promoted
Listen to the latest songs, only on JioSaavn.com
Liu Xia, meanwhile, has tweeted that police want to take her out of Beijing, and away from the media attention, on "a tour."