He was bludgeoned to death in his pajamas inside the two-story rowhouse he'd owned for six decades and refused to leave. 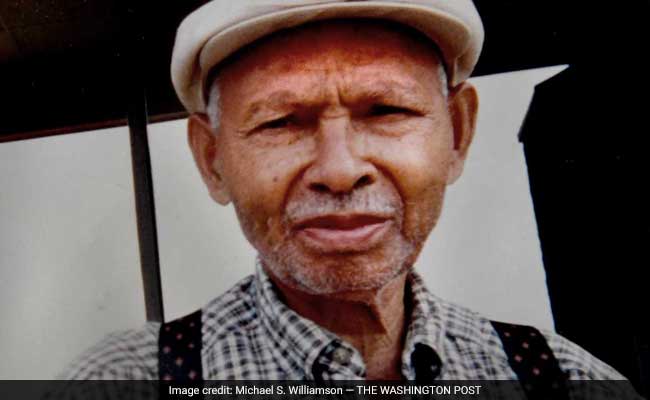 Wadell Tate, a 97-year-old World War II veteran was bludgeoned to death in the US state of Baltimore.

Baltimore: He was bludgeoned to death in his pajamas inside the two-story rowhouse he'd owned for six decades and refused to leave.

Wadell Tate was 97, making him not only one of Baltimore's oldest homicide victims in decades but also a symbol of the relentless violence that has claimed 211 lives so far this year.

On Wednesday, Baltimore Mayor Catherine Pugh, D, is scheduled to announce her plan to tackle the record-setting surge in homicides.

But whatever the city tries will come too late for Tate, a World War II veteran and retired refinery worker who still took a short walk every day before the July 21 burglary that left him dead.

"You'd think at 97, how much longer does he have to live?" said his daughter, Sylvia Swann, 65, pausing to wipe away tears last week as she and other relatives sorted through Tate's belongings and prepared to bury him. "They took away his right to die on his own."

Her family's grief and pain are familiar emotions in Baltimore, still struggling to recover from the 2015 riots after Freddie Gray suffered a fatal spinal injury in police custody. The relationship between the police and many neighborhoods remains deeply strained. The erosion in trust has fueled the spike in violence, making Baltimore one of the deadliest cities in the country.

The police are trying to combat crime while changing the way they operate under a Justice Department consent decree. Police Commissioner Kevin Davis is reconstituting drug and gun squads disbanded after the riots, and the department is using crisis intervention teams after slayings to head off retaliation and offer help to crime victims.

Even in a city averaging nearly one homicide a day, Tate's slaying was disturbing because of his age and vulnerability.

It fell to the Police Department's chief spokesman, T.J. Smith, to deliver the news about Tate's death, just weeks after he told the city that his own brother had been killed in a break-in.

"There is just not enough words to describe how disgusting an act of violence this is," said Smith, as detectives handed out fliers seeking help solving the crime. "We've seen it all. It never gets easier."

He was speaking outside Tate's house, but his words carried a greater sense of the city's hopelessness: "We need answers, and sadly we don't have any."

Up and down Darley Avenue - a once-proud block now marked by rooftops sagging over the empty porches of boarded-up homes - the consensus was the same. Mr. Tate, as he was known here, may have been close to a century old, but he was taken far too soon.

"He still had life in him," said Louise Cuffie, Tate's longtime neighbor. "And he wanted to live."

It was one of Tate's daughters who found him lying on his bedroom floor. Carolyn Brooks, 68, had rushed over to her childhood home when her father didn't answer the phone.

She and Louise Cuffie's husband, Joseph, went inside. Brooks checked the basement and found the back door kicked in. She went upstairs. The usually orderly bedroom was upended. She climbed over two dresser drawers and found her father, bloodied and in his pajamas, partially covered with blankets.

She took his pulse. "I knew he was gone," she said.

Tate's daughters had begged him to move, especially after his wife, Mary Ruth, died four years ago at the age of 91. But he wouldn't.

Tate had grown up in Pacolet, South Carolina, 20 minutes south of Spartanburg. He didn't talk much about his childhood in the segregated South. His children knew only that he'd made it through the eighth grade and later enlisted in the Army, serving in Germany during World War II.

He married Mary Ruth around that time - they had met at a dance where partners' names were picked at random out of a hat. After the war, they settled in Baltimore, where Mary Ruth worked for decades as a maid for a prominent lawyer's family and Wadell found a job refining copper at American Smelting and Refinery on the city's waterfront. He worked there until the plant closed in 1975.

The couple purchased their Darley Park rowhouse in East Baltimore for $9,000 in 1956, becoming one of the first African American families on the street.

Tate - called "Pop Pop" at home - raised three daughters and a son in the three-bedroom, one-bathroom rowhouse, which was 14 feet wide and 70 feet long.

He was old-school thrifty. Lights stayed off until it was dark outside (complainers got flashlights); no air conditioning; no credit cards; no checking account. And later, no cable television and no cellphone.
His daughters said it wasn't that he shunned innovation, just that if he didn't need it, he didn't buy it. And if it worked, he felt no need to replace it. He retired the old Zenith black-and-white TV to the basement, long after the neighbors were watching color sets. He saw no need to upgrade the porcelain kitchen sink that was there when he bought the house.

Still, his family never felt deprived. "Every school year, he'd take us down to Hess, the most expensive shoe store in Baltimore," Brooks said. "He'd buy us back-to-school shoes. He would not let us do without."

The kids played under shade trees so close together that residents liked to say their branches "kissed," supervised by neighbors. Front doors were left unlocked, she remembered.

Darley Park's blight arrived as it did for many other parts of Baltimore - disappearing manufacturing jobs, white flight that accelerated after the 1968 riots and, finally, the crack-cocaine epidemic of the 1980s and 1990s. Crime soared. Tens of thousands of residents fled.

In Tate's neighborhood, the homeowners gave way to renters, the drug dealers set up shop, and the trees disappeared. Darley Park became a place to avoid, and its red-brick rowhouses were increasingly abandoned.

"He was comfortable here," Swann said.

Tate spent evenings on his porch, chatting with Joseph Cuffie, 79, another holdout two doors down. Cuffie, who described Tate as "a real gentleman," helped him take short walks. In his younger days, Tate would dress in a suit to walk three miles to the downtown department stores, Cuffie recalled.

Though Tate's formal schooling was limited, he had an encyclopedic mind filled with information from newspapers, Life magazines, television news broadcasts and PBS documentaries. He distrusted politicians, and he "hated the drugs," Cuffie said. The two men watched the addicts stumble by all the time.

As police seek Tate's killer, his family is planning to sell the house. It is worth just $15,000, little reward for 61 years of ownership.

Tate's daughters are going through the house cabinet by cabinet, drawer by drawer, pausing to savor memories even as they learn more about their father's life. They've found an old Brownie camera. A Freemasons card. The M-1 rifle he carried in World War II.

Last week, as they worked, a boy paused outside the rowhouse and peered in through the open door. Swann invited the child inside.

"I knew him," the 9-year-old whispered to the small gathering of relatives in the dark living room. "He was a nice man. He shouldn't have died."

Swann gave him a hug.

"Thank you, sweetheart," she said, "that's exactly how we feel.

(Except for the headline, this story has not been edited by NDTV staff and is published from a syndicated feed.)
Comments
Baltimore DeathWorld War II veteranBaltimore homicide