China ranks fourth among the studied nations in terms of the number of foetal deaths caused by PM 2.5. 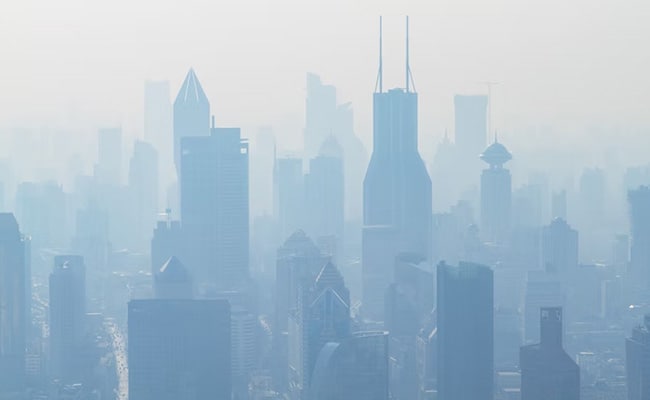 About 10 years ago PM 2.5 pollution became a significant public concern in China.

Air pollution in China claims lives of up to 64,000 unborn children every year, according to a recent study. This comes despite the capital city Beijing making efforts over the past ten years and longer to control pollution, said a report on South China Morning Post (SCMP).

Forty per cent of stillbirths in Asia, Africa and Latin America in 2015 were attributed, according to a study of 137 nations, to exposure to PM 2.5, which are mostly created by the burning of fossil fuels.

According to the study published in Nature Communications, China ranks fourth among the studied nations in terms of the number of foetal deaths caused by PM 2.5, which accounts for 98 per cent of stillbirths worldwide.

"Improved air quality in some of the 137 countries (e.g., China) might underlie the reduction in the global burden of stillbirths. Therefore, meeting the World Health Organisation air quality targets could prevent stillbirths," the Peking University researchers said. They were quick to emphasise that the Chinese government's recent efforts to combat air pollution have prevented even more such deaths.

Despite the fact that the association between poor air quality and stillbirth is well established across the globe, this study is the first to estimate the precise number of foetal deaths. In a 2020 report, UNICEF called the phenomenon a "neglected tragedy.".

Although the underlying mechanism by which PM 2.5 causes foetal mortality is still unclear, the researchers suggested that pollution particles that cross the placenta may induce "irreversible embryonic damage." It might also prevent the foetus from getting enough oxygen.

About 10 years ago, when major cities like Beijing were often covered in thick smog, PM 2.5 pollution became a significant public concern in China, sparking a number of government initiatives, SCMP further adds.

According to the outlet, Zhu Tong, another leading author of the study, in an article on the link between bad air and stillbirths published on the website of Peking University last year, said, "In recent years, China has been working hard on treating air pollution and seen rapid improvement in air quality as a result, which is of great importance to the protection of the health of pregnant women and children.