A mechanism known as an LED driver - designed to cut 120 volts to 12 volts for the lighting on the underside of the handrail - failed, according to the preliminary review. 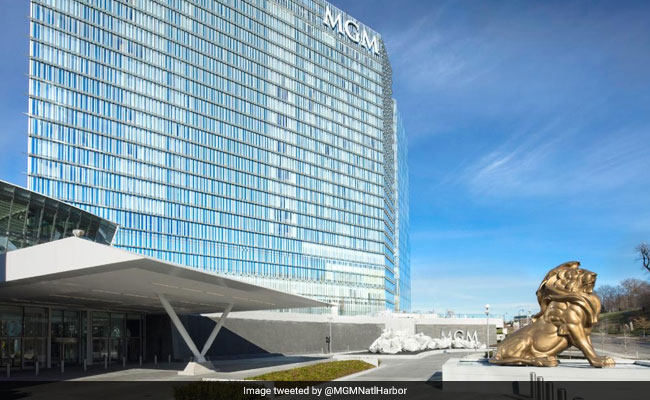 The girl went into cardiac arrest, and officers revived her using CPR. (Representational)

Investigators looking into the electrocution of a 6-year-old girl who was critically injured at MGM National Harbor say a device that controls the flow of electricity to lights on a handrail she touched was improperly installed, according to a preliminary assessment obtained by The Washington Post.

That faulty installation, combined with other flaws in how wiring and the handrail were hooked up at the Oxon Hill, Maryland, complex, enabled 120 volts of electricity to be jolted into the girl - 10 times the amount that should have been powering the handrail lighting, according to the early findings.

The failures, investigators said, stem from "major" code violations that should not have passed the permitting and inspection process.

The findings are part of an ongoing investigation by Prince George's County officials into the June 26 incident that has left the child hospitalized for three months.

Two people familiar with the investigation said that on the night the child was electrocuted, she and her brother were swinging on a loose handrail at the Potomac Plaza, an outdoor patio area with a large fountain on the west side of the property.

The handrail was electrified because of the improper installation, and when the girl touched a second handrail nearby to swing between them, she was electrocuted, according to the early assessment and the two people, who asked not to be named to speak freely about the continuing investigation.

A mechanism known as an LED driver - designed to cut 120 volts to 12 volts for the lighting on the underside of the handrail - failed, according to the preliminary review. The lights were used to illuminate parts of the pavilion and a nearby staircase, according to investigators' description.

Officials with the county's Department of Permitting, Inspections and Enforcement said the county has launched a "forensic investigation" to assess what may have contributed to the electrocution. The county's review so far comports with the main issues outlined in the documents obtained by The Washington Post, Avis Thomas-Lester, a spokeswoman for the permitting and inspections department, said in a statement.

Immediately after the electrocution, the county directed MGM to disconnect all LED lighting to the handrails and issued a correction order that assessed and examined the lighting within the plaza. The correction order has been completed, Thomas-Lester said.

"However, as the investigation remains ongoing and the County awaits the ultimate findings, the County's experts have determined that there is no imminent danger to the public," Thomas-Lester said.

MGM officials said they have been cooperating with county officials to review what caused the electrocution.

"This was a tragic accident and our thoughts continue to be with the young girl and her family," MGM spokesman Gordon Absher said in a statement. "The safety of our guests is something we take very seriously. MGM National Harbor has been working closely with multiple county agencies, including the County Fire Department and independent forensic experts, in their efforts to determine a cause. As this is an ongoing review, we cannot comment until official conclusions are presented and a final report is issued."

The girl went into cardiac arrest, and officers at the MGM casino revived her using CPR. She remains in critical condition, according to people familiar with the investigation. Her family did not respond to requests for comment.

The investigation has focused on the wiring and devices that power lights on the undersides of the handrails that illuminate the pavilion area, the early review states.

According to the preliminary assessment, a series of "failures" in how the wiring and handrail were installed and how the permits were approved "led to the event" of the girl's electrocution:

--An LED driver used to convert electricity into smaller units failed "as a result of major issues with installation and permitting approval." Four drivers were grouped in a single box so close together it inhibited airflow and posed a risk of overheating, melting and failure that should "have never passed inspection."

--"The "wrong type of electrical wiring was used to power the lights." Rather than the wiring specified by the manufacturer of the LED lights, communications wiring that is used for items including voice, data and audio transfers was employed. That errant wiring was then buried directly into the ground when it should have been encased or protected.

--The insulation on the outside of the wiring wore away, exposing copper conductors that made contact with the handrail and sent electrical current to the LED driver, causing the mechanism controlling voltage to the railing to fail and allow 120 volts to flow.

--The handrail the girl touched was loose because it was buried at an improper depth.

The Prince George's police department is leading the investigation into the girl's electrocution and is working with several county agencies, including the fire department and the permitting and inspections department, police spokeswoman Jennifer Donelan said. John Erzen, a spokesman for the Prince George's County state's attorney, said the office is also investigating the circumstances.

"The police department is aware of this information and is awaiting expert confirmation," Police Chief Hank Stawinski said of the details outlined in the material obtained by The Post. "It is certainly part of the ongoing police investigation into the matter."

Scott Peterson, a spokesman for County Executive Rushern Baker, D, said, "First and foremost, the thoughts and prayers of our entire County remains with the little girl who was electrocuted earlier this year at MGM National Harbor. This was a horrible tragedy. Since this incident happened, the Baker Administration directed multiple agencies to investigate how this happened and to establish a plan of action to correct issues discovered and ensure this never happens again."

Investigators said their preliminary review indicated other electrical problems at the property, which sits along the banks of the Potomac River.

"Inspectors later found a LED Driver that provided electrical current to the lights for other pavilion hand railings in the trash can," according to the review. "Inspectors later determined that the LED Driver, which was recovered from the trash can, powered the adjacent handrail lights and had previously been buried underground. This is a major electrical code violation and safety issue."

Investigators also noted concerns with concrete not curing properly in a parking garage. A concrete collapse in 2017 destroyed several cars in the garage, the assessment stated.

Thomas-Lester said the county was not aware of the concerns about concrete.

A fire pump, which supplies water to a building's sprinkler system, also was wired in violation of county code, investigators said in the preliminary report. Thomas-Lester said the county issued a correction order and "is closely monitoring steps taken by MGM to bring the pump into compliance."