The man, wearing the 16 kg costume, was on stage practising his role of a magical fairy character in Osaka for 20 minutes, before losing consciousness on Sunday evening. 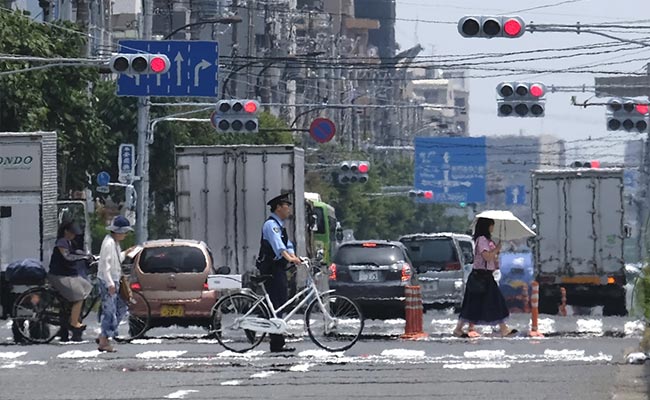 It is not the first time Japan has been gripped by a deadly heatwave. (AFP file photo)

A 28-year-old man dressed as a fairy mascot at a Japanese amusement park has died from heatstroke, as temperatures in the country soar above 30 degrees Celsius.

Heat-related illnesses have claimed 11 lives and sent nearly 6,000 others to hospitals in Japan last week, following the rainy season. Temperatures are expected to remain higher than average for the next week, officials say.

Part-time park worker Yohei Yamaguchi, wearing the 16 kg costume, was on stage with 10 others practising his role of a magical fairy character at Hirakata amusement park, Osaka, for 20 minutes, before losing consciousness on Sunday evening.

A female employee called emergency services at but they were unable to save him, Asahi Shimbun reported.

Osaka's police force said they were investigating the circumstances surrounding his death.

The park's operator suspended all performances using character outfits, in response to his death, and apologized for the tragedy.

"We will find the cause of it and work to prevent it happening again," Keihan Leisure Service said in a statement.

It is not the first time Japan has been gripped by a deadly heatwave. In July 2018, the country's weather agency declared a heatwave a natural disaster after 65 people died from heat related deaths within one week.