Baghdad accounted for 111 of the dead, nearly all of whom were protesters, the inquiry found. 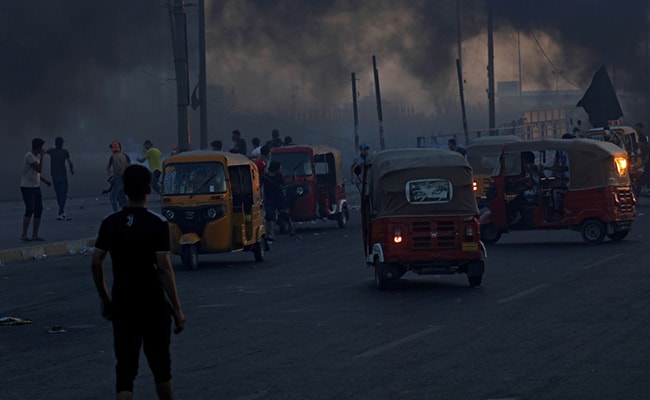 The capital accounted for 111 of the dead, nearly all of whom were protesters, the inquiry found.

The death toll from week-long anti-government protests that erupted in the Iraqi capital and other cities at the start of the month totalled 157, an official inquiry found on Tuesday.

Baghdad accounted for 111 of the dead, nearly all of whom were protesters, the inquiry found.

Around 70 percent of the deaths were caused by bullet wounds "to the head or chest", according to the findings, published as Iraq braces for fresh protests on Friday.

The official toll included 149 civilians and eight members of the security forces killed between October 1 and 6, during protests in Baghdad and across southern provinces.

Four security personnel were killed in Baghdad, where clashes initially centred around the iconic Tahrir Square after protesters rallied to demand jobs, services and an end to corruption.

Later unrest in the capital culminated in the Shiite stronghold of Sadr City, which faced a bloody night of violence.

Authorities formed a high commission of inquiry to investigate, after initially only acknowledging security forces used excessive force in just a few instances.

In its report, the inquiry blamed some deaths on security forces, but also mentioned other "shooters", without identifying them.

The inquiry also announced the dismissal of commanders across the security forces, including from the army, police, anti-terror, anti-riot, anti-crime, intelligence and national security units.

The commanders were stationed in Baghdad and provinces south of the capital including Diwaniyah, Misan, Babylon, Wasit, Najaf and Dhi Qar.

Their dismissal must be confirmed by Prime Minister Adel Abdel Mahdi, who faces public pressure ahead of the first anniversary of his cabinet on Friday, when fresh protests are expected.

Human rights groups and Iraqis able to post on social media -- inaccessible without a virtual private network (VPN) application -- accuse security forces of responsibility for protester deaths: either by firing themselves or by failing to protect demonstrators from snipers.