"One can see that all are to be linked to the radical Islamist milieu," Public Security Director Franz Ruf told a news conference. 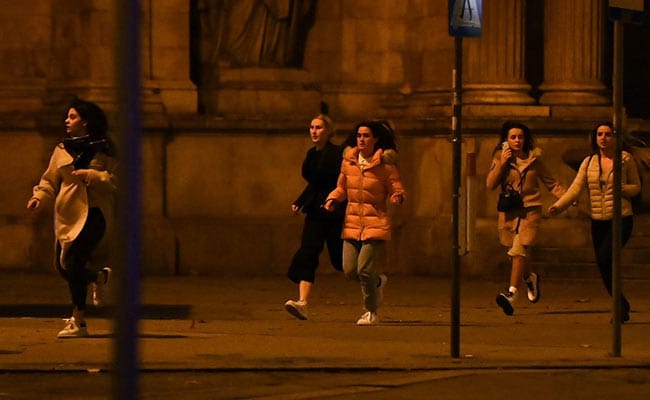 4 people were killed in Vienna terror attack at 6 locations. (File)

All 15 people arrested in connection with a deadly rampage in Vienna on Monday are part of the radical Islamist scene and just under half have criminal convictions, some for terrorism offences, Interior Ministry officials said on Thursday.

A 20-year-old native of the city, who had previously been jailed for trying to join Islamic State in Syria, was shot dead by police within nine minutes of opening fire on bystanders and bars on Monday. He killed four people.

"We are dealing with a violent perpetrator who was evidently intensely involved in the network of political Islam, of sympathisers, who took on their ideology," Interior Minister Karl Nehammer said.

The 15 are being held on suspicion of belonging to a terrorist organisation. Seven of them have criminal convictions, Of those, four are for terrorism-related offences, Director General for Public Security Franz Ruf said.

Of those four, two involved acts of violence like assault and two were for attempted so-called honour killings, Ruf said, adding: "One can see that all are to be linked to the radical Islamist milieu".

Switzerland has also arrested two men in connection with the attack, and Austria was in close contact with another unspecified country in its investigation, Nehammer said.

Separately, German Interior Minister Horst Seehofer told parliament there was a connection between the attack and people in Germany who are "monitored around the clock".