'The Countdown' With Prannoy Roy: What Will It Take To Win UP?

What will it take to win UP this time? We seek the answer to this critical question ahead of the 2019 Lok Sabha elections on the first episode of 'The Countdown' with Prannoy Roy. The Lok Sabha elections this time will see a drawn-out triangular fight among major political parties with the BJP on one side, the Congress on the other and the Samajwadi Party-Bahujan Samaj Party alliance, which came about after an understanding between Akhilesh Yadav and Mayawati, the chiefs of the respective parties.

The Congress in January played its trump card after Priyanka Gandhi Vadra was made the party in-charge of eastern Uttar Pradesh. How decisively can she impact the results for the Congress? Will Priyanka Gandhi split the vote and do the BJP a big favour? We try to find out on this show.

Here are the highlights for 'The Countdown':

"We went all the way from Delhi to Agra, Etawah, Mainpuri, Lucknow, Ayodhya, Gorakhpur and then Varanasi," says Dr Prannoy Roy. 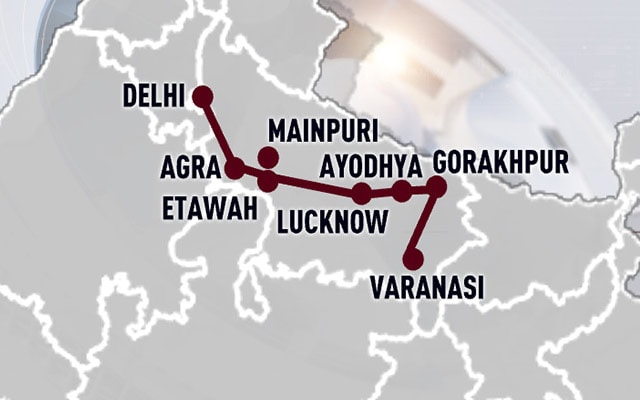 What will it take to win Uttar Pradesh this time? Special analysis with Prannoy Roy and team. 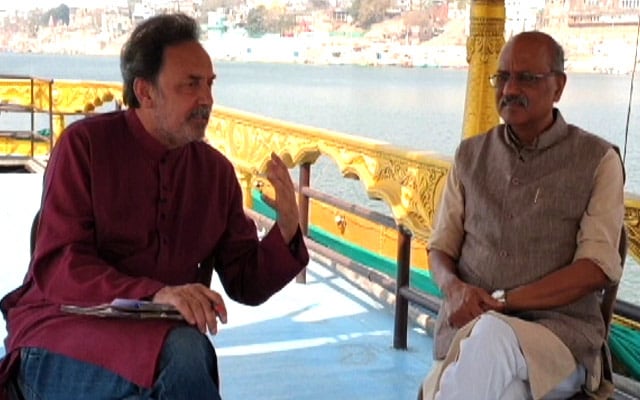 Has Pulwama made a dramatic difference in the elections or not?

Voters don't mention Pulwama, say most voters. But they seem to be more upbeat.

Shekhar Gupta: I don't believe it plays big on the mind of his voters. Pulwama hasn't altered this reality. This will inspire his committed voters, and there are a lot of committed voters.

NDTV's Kamal Khan: Suppose we are hurt, but if there is a blast, we might get distracted by that.

Shekhar Gupta: Voters are quite passionate. They say, 'How come Pulwama happened before the elections?' They tell you conspiracy theories and are suspicious.

NDTV's Alok Pandey: If you spoke to people in rural areas, there was focus on farmer issues two years ago. Are people willing to give him a second chance? Lots of young voters say there is no employment, but he (PM Modi) may be better placed to do something in a second term.

How to win a Lok Sabha election in India 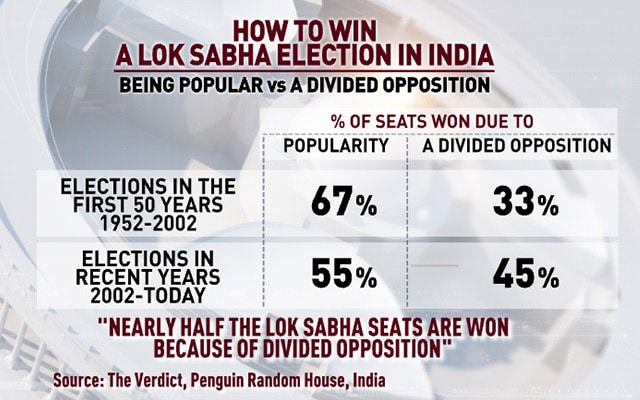 2014 Lok Sabha: A divided opposition gave BJP a victory then

Will it be a key factor in 2019 Lok Sabha elections too? 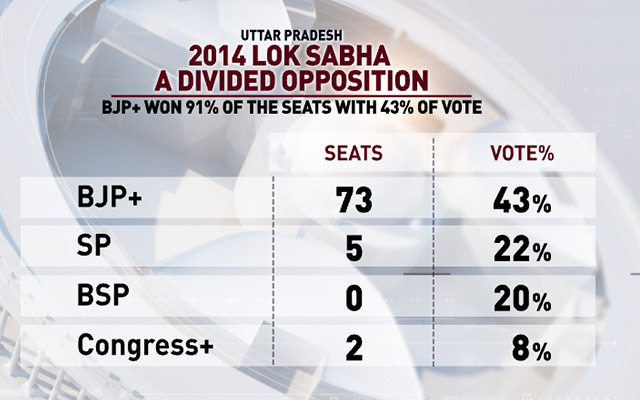 The results of 2014 general elections and 2017 assembly elections in Uttar Pradesh were very similar both in terms of vote share and number of seats won. 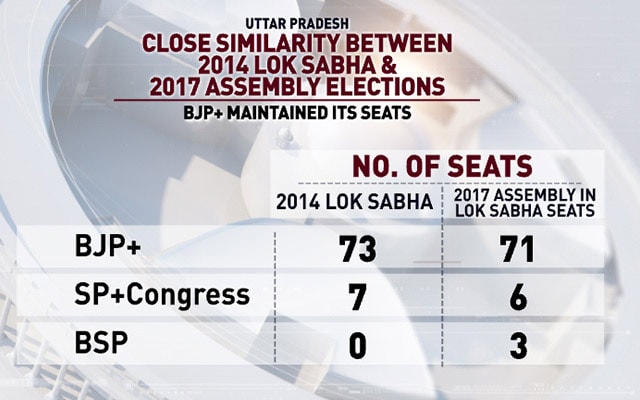 Akhilesh Yadav has shown most pragmatism. He is going for broke to keep PM Modi out. He has paid a price, says Shekhar Gupta.

"If we take UP out of the equation, the BJP doesn't have a government": Akhilesh Yadav

BJP is a big party. They have alliances. We needed time to be prepared. We formed an alliance. To fight them, it is important. If we take UP out of the equation, the BJP doesn't have a government," said Akhilesh Yadav in an interview to NDTV.

The SP and BSP have a committed core vote bank in Uttar Pradesh. What does it mean for the BJP, Congress and SP-BSP alliance? 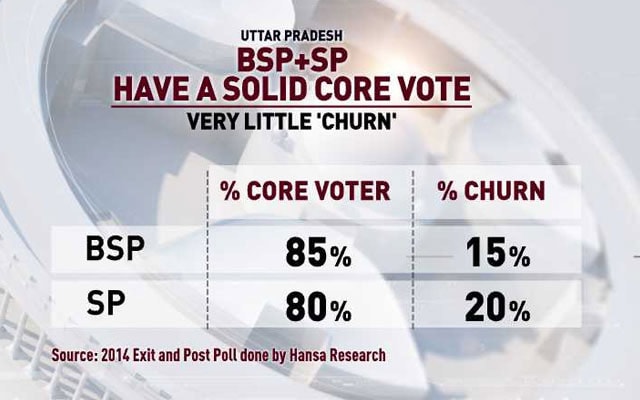 "Voter has made up his mind for change," says Congress's Pramod Tiwari

Congress's Pramod Tiwari says not joining the SP-BSP alliance is not a failure for the Congress. Rahul Gandhi said his entire effort was to stop the splitting of votes. It would be much better (alliance). But even without it, the voter has made up his mind for change after the broken promises of 2014. BJP will go. It's possible the opposition won't get a clean sweep, but a PM Modi-led government will not be formed. 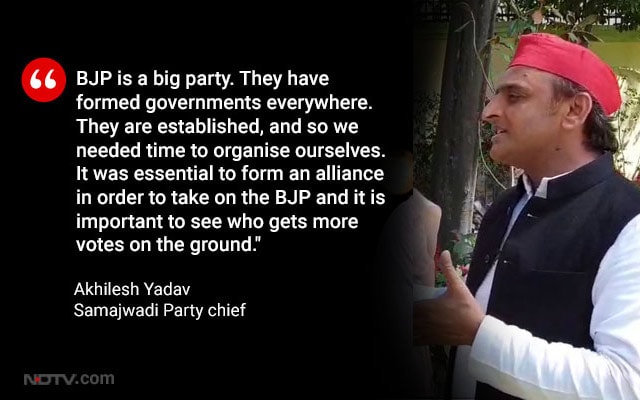 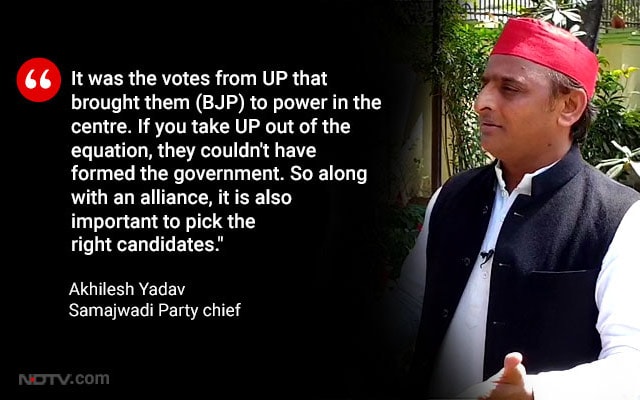 On the Ram temple issue, he said that it is a "question of faith." "It is our faith that the Ram Janmabhoomi should be established. We have said in our last manifesto that whatever happens will either be by consent or as per the decision of the court. We still stand by that," he said. 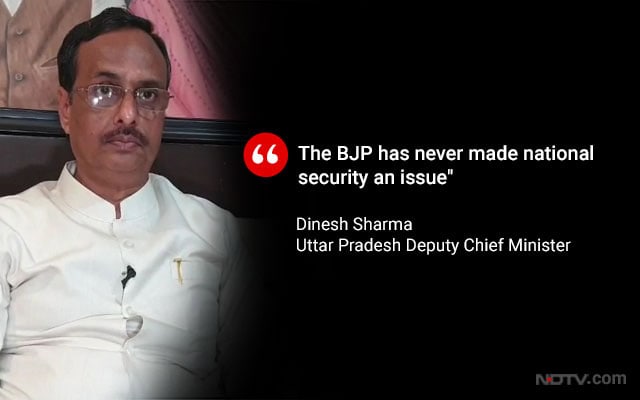