Back for his third outing on the Golden Globe stage, acerbic host Ricky Gervais made movie royalty sit on the edge yet again. 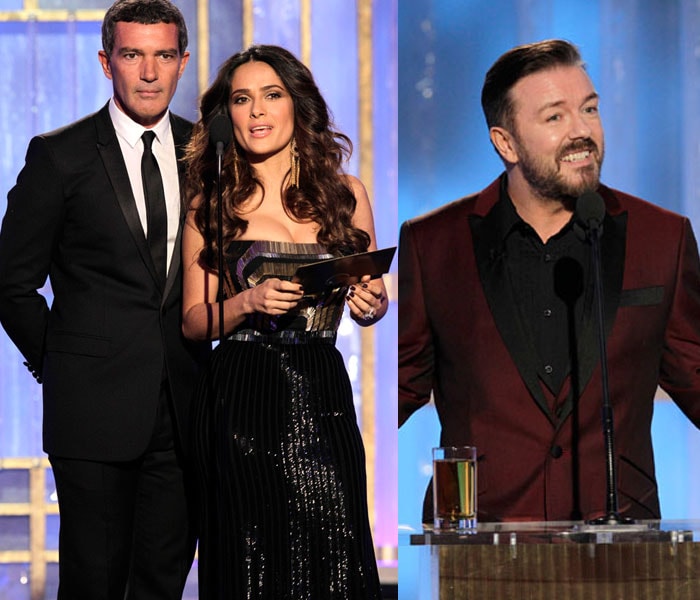 Back for his third outing on the Golden Globe stage, acerbic host Ricky Gervais made movie royalty sit on the edge yet again. Gervais' biggest barb was probably the F-Bomb which he blurted out and which was bleeped, as he introduced presenters Antonio Banderas and Salma Hayek late in the show on Sunday night.

"They're ridiculously gorgeous specimens, they're extremely talented and probably very interesting," Gervais declared. "I'm not sure," he went on, as censors instantly bleeped out the rest of his wisecrack, which declared, "I couldn't understand a (expletive) word they said." 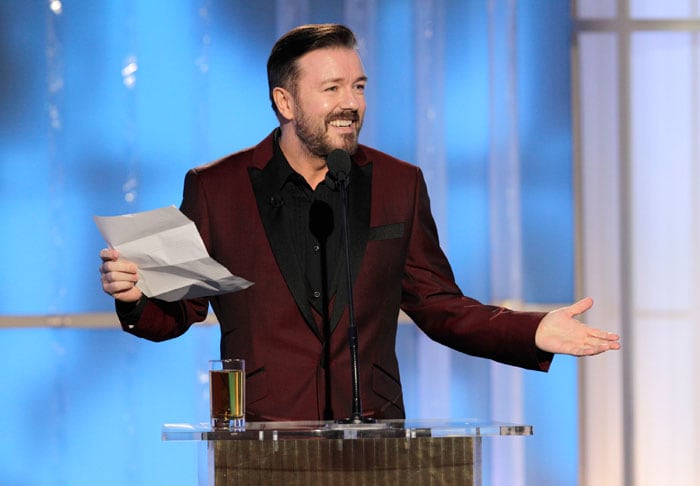 Later, when he came back on stage with wine glass in hand, he said, "It was great having a job that allowed you to get drunk and say whatever you wished and still get paid." 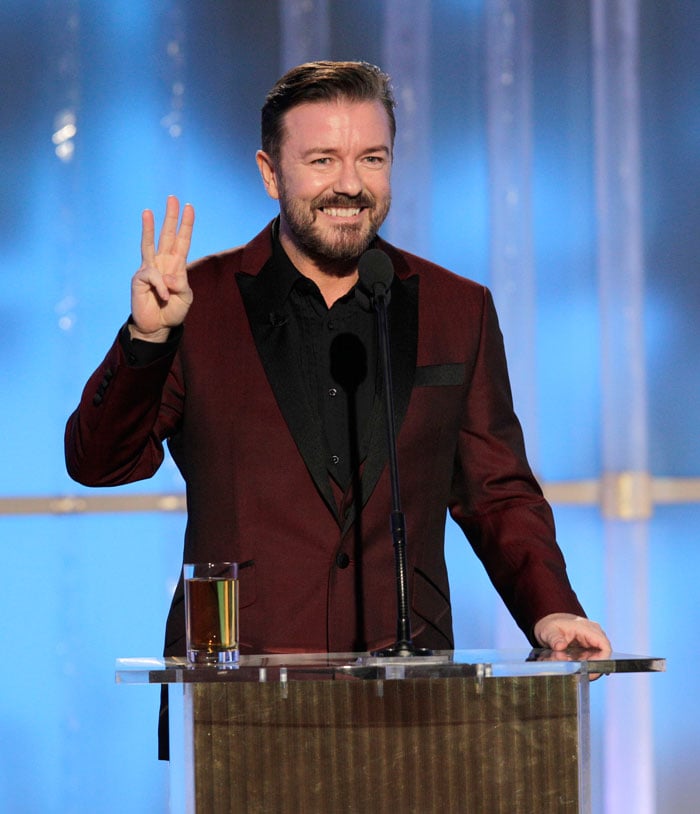 Gervais' monologue didn't shock quite the way it did last year, but it had its share of barbs.

"Nervous? Don't be," he grinned at the room-full of glitterati at the top of the show. "Tonight you get Britain's biggest comedian, hosting the world's second-biggest awards show on America's third-biggest network." He corrected himself: "It's fourth." 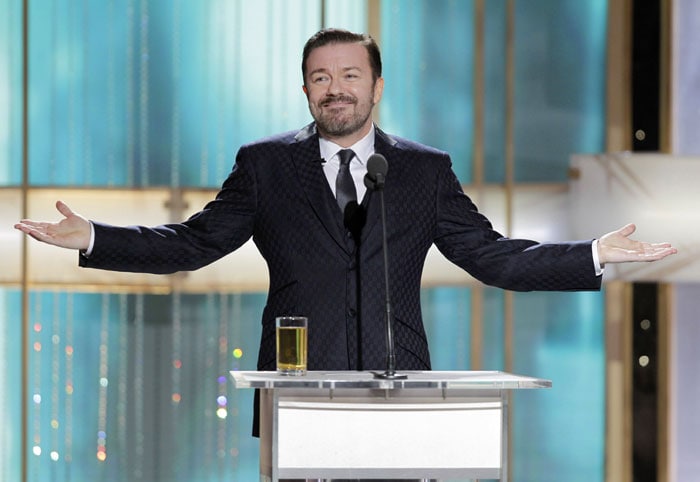 "The Golden Globes are to the Oscars," he went on, "what Kim Kardashian is to Kate Middleton — a bit louder, a bit trashier, a bit drunker and more easily bought — allegedly." 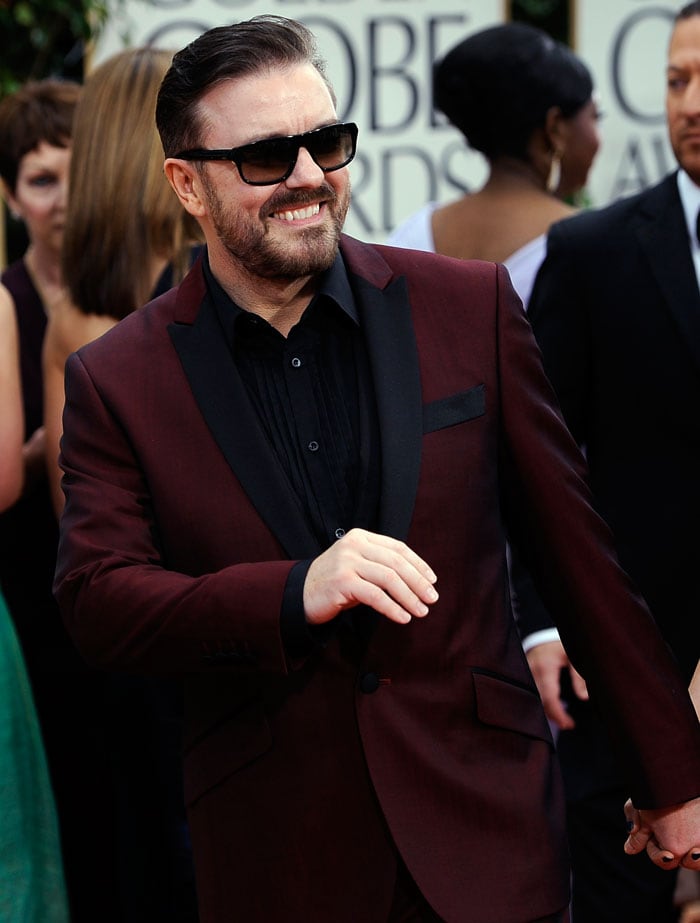 After last year's shindig, when Gervais insulted nearly everyone in sight, an invitation back for the British wag seemed doubtful.

But the Globes loves to court outrageous behavior. That meant another turn for Gervais as host. He explained he had been warned by the Hollywood Foreign Press Association (which hosts the annual Globes) that were he to insult anyone on hand, or "offend any viewers, or cause any controversy whatsoever — they'll definitely invite me back next year as well." 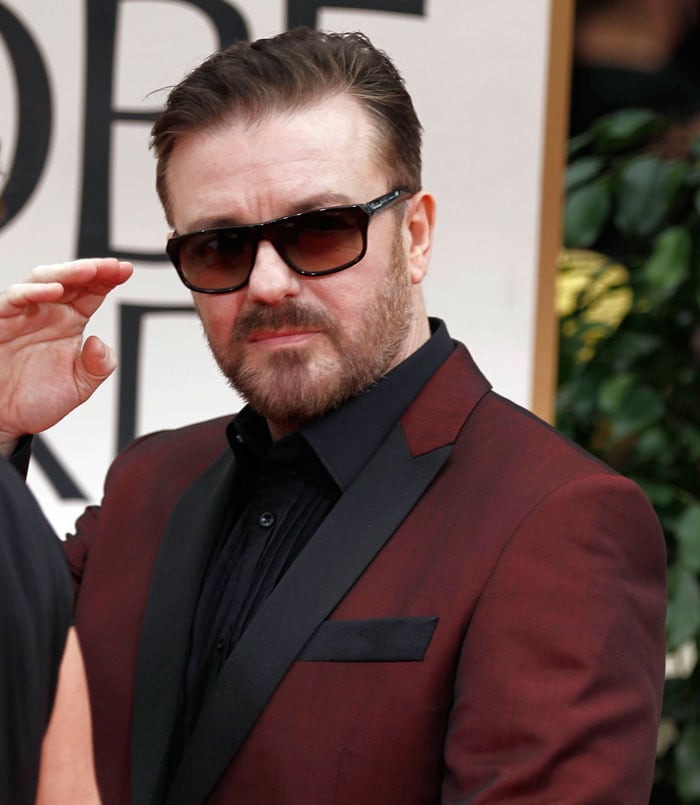 Then Gervais went on to praise a nominated series, Boardwalk Empire.

"I love that show," he said. "It's about a load of immigrants who came to America about a 100 years ago, and they got involved in bribery and corruption and worked their way up into high society. But enough about the Hollywood Foreign Press." 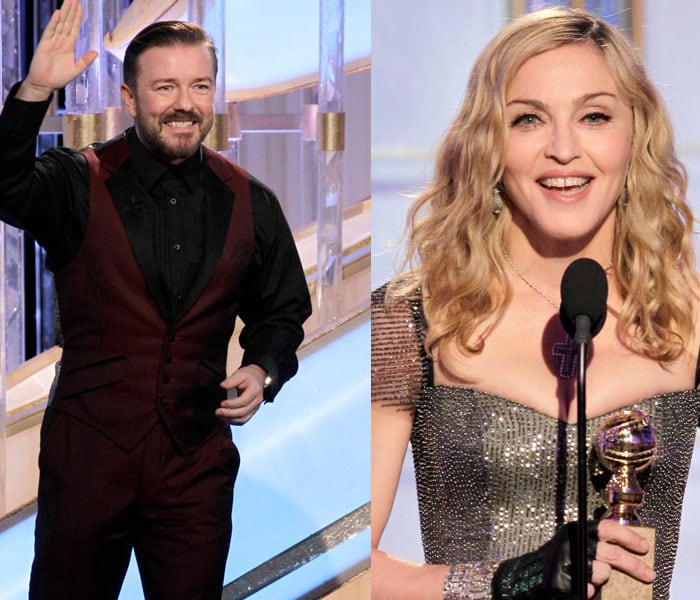 As the evening progressed, only Madonna dared to challenge Gervais.

Introducing her as an awards presenter, he described Madonna as "just like a virgin," then erupted with a theatrical cough. 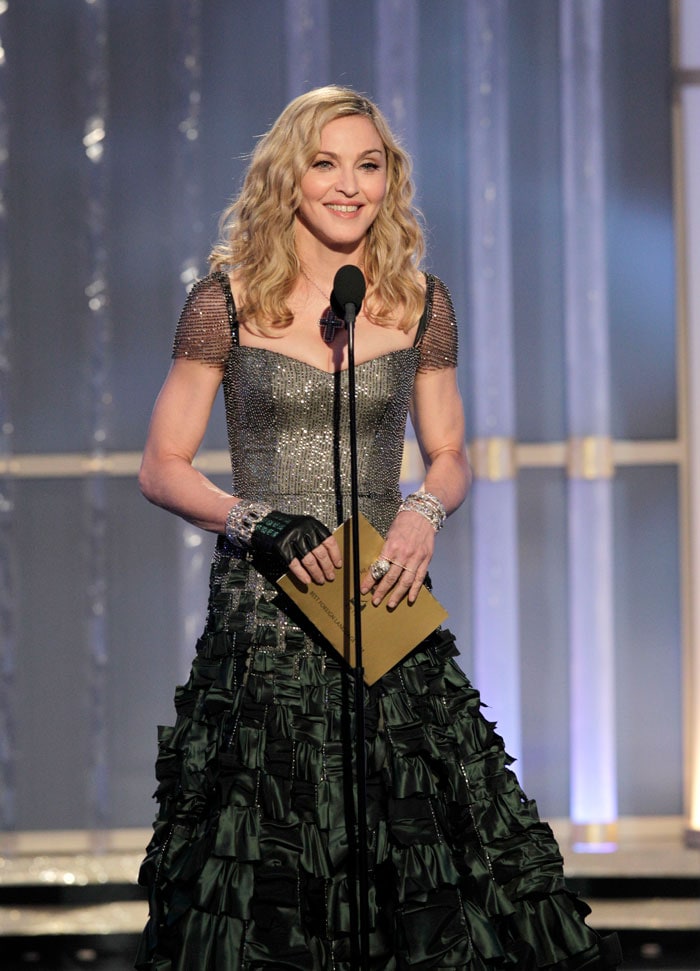 Pop diva Madonna fired back, "If I'm still just like a virgin, Ricky, then why don't you come over here and do something about it?" She paused. "I haven't kissed a girl in a few years — on TV." 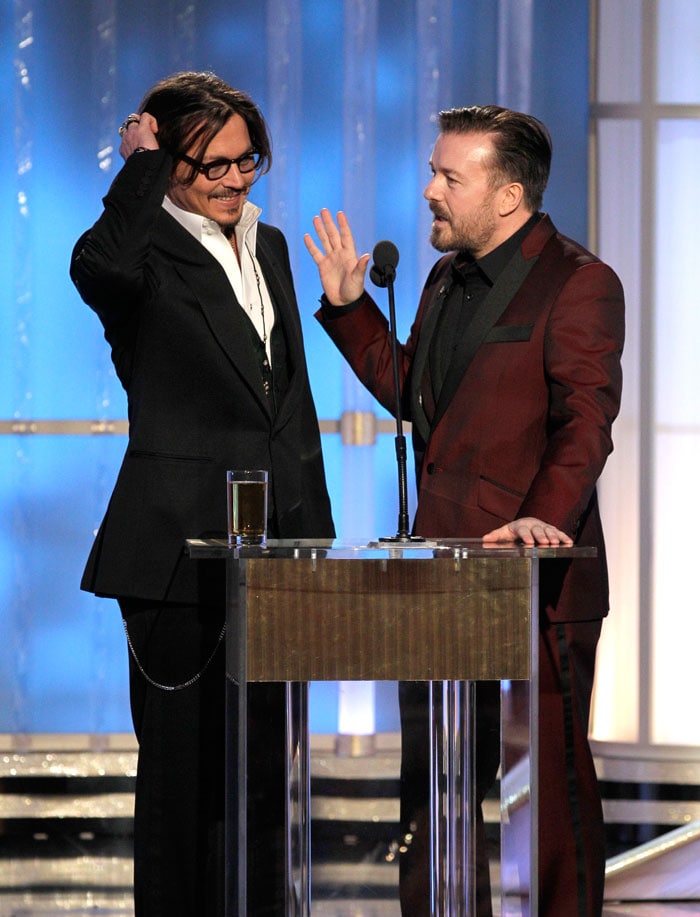 Actor Johnny Depp, the first presenter of the night, was at the receiving end of Ricky Gervais' barbs yet again for his film with Angelina Jolie, The Tourist. Gervais asked Depp, "Have you seen The Tourist yet?" Depp admitted he hadn't. 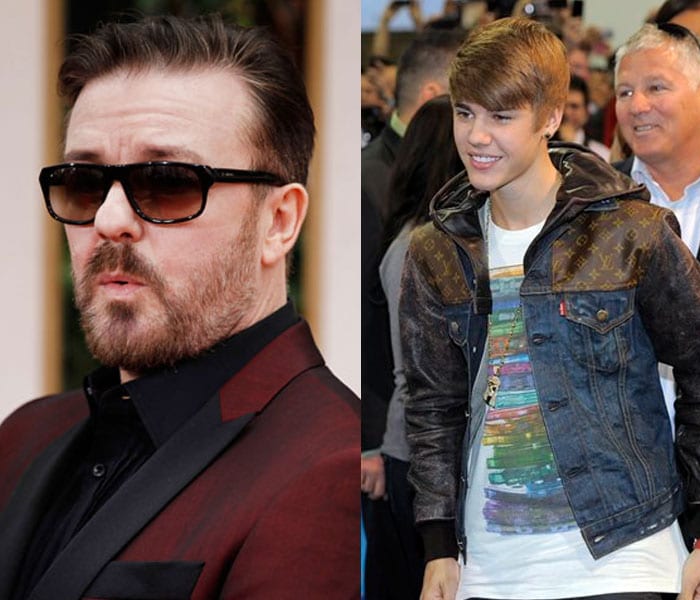 Pop sensation Justin Bieber's paternity-test drama was razzed by the host: "The only way he could have impregnated a girl was if he borrowed one of Martha Stewart's old turkey basters." Ouch. Now, what would Beliebers, Bieber's obsessive young fans, say to that one?