A burglar was arrested after getting stranded in a pile of manure.

A burglar who attempted to run after stealing lumber from a yard had his escape attempt thwarted by a large pile of manure. According to Stearns County Sheriff's Office in Minnesota, USA, Matthew Bloomquist was found covered up till his waist in foul-smelling manure after his unsuccessful burglary attempt. Apparently, the pickup truck he was using to escape had got stuck in the pile of manure, leaving him stranded. The incident took place on Wednesday, August 29.

In an incident report titled 'Something Doesn't Smell Right', the Stearns County Sheriff's Office said that two officers of the department responded to a burglary complaint in Maine Prairie Township.

"The complainant reported overnight someone stole lumber and other items out his shed. Surprisingly, he also reported the truck involved in the theft was still on the property and occupied. The caller said the truck got stuck in a large pile of manure," they wrote.

When cops arrived at the scene, they found 29-year-old Matthew Bloomquist "covered in manure" from his waist to his feet. He had lost his shoes in the pile of manure. 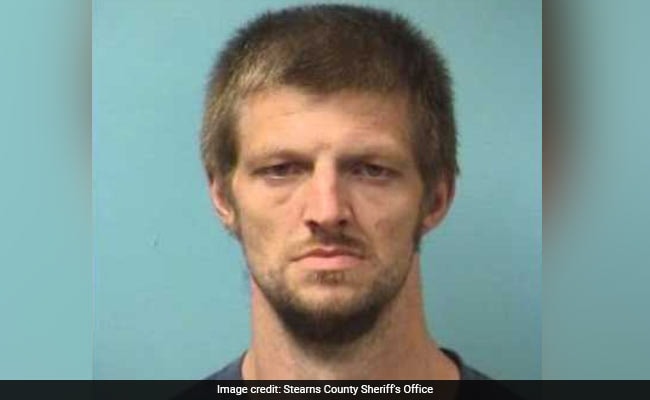 Matthew Bloomquist was found covered in manure by the police

"Obviously this encounter was accompanied by a strong smelling odor... The trip to the jail was made with the windows open," wrote the police in their incident report. 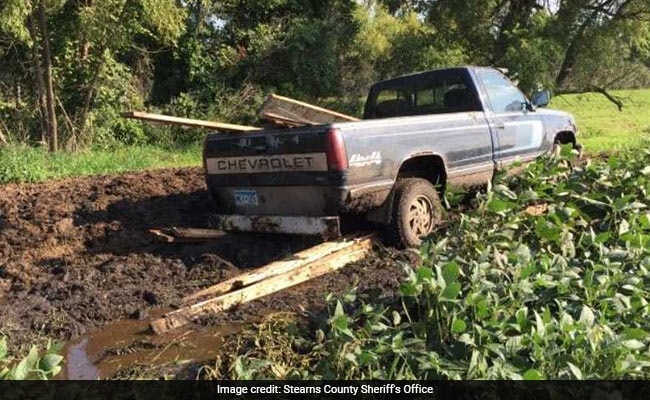 A photo of the getaway truck stuck in manure

Mr Bloomquist was booked on charges of burglary and possession of stolen property. He was arrested and taken to the Stearns County Jail.