The Gupta brothers, now all out of the country, stand accused of unduly influencing Zuma in his Cabinet appointments in order to secure lucrative state contracts irregularly. 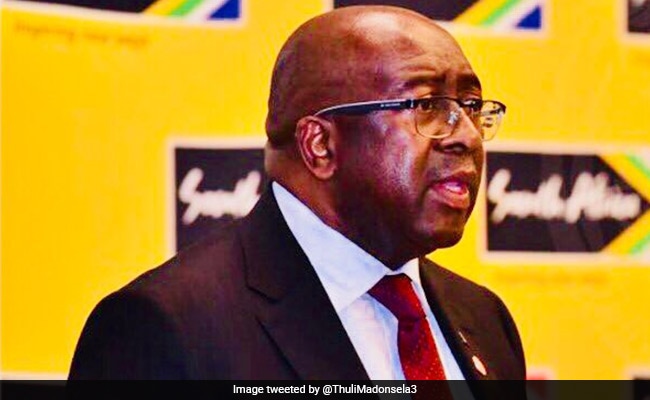 Nhlanhla Nene was seen as one of Ramaphosa closest allies.

South African Finance Minister Nhlanhla Nene resigned on Tuesday after public outcry over his undisclosed meetings with the members of the Gupta family, who have been accused of corruption.

President Cyril Ramaphosa said that he had accepted Mr Nene's resignation "in the interests of good governance" has replaced him with former Governor of the South African Reserve Bank Tito Mboweni.

Mr Nene, who was seen as one of Ramaphosa closest allies, had admitted before a judicial inquiry last week that he had failed to declare that he had visited the Gupta family at their residence and business premises several times.

Mr Nene had apologised after giving testimony to the inquiry, which is probing allegations of corruption under former President Jacob Zuma's government involving the three Gupta brothers.

The Gupta brothers, now all out of the country, stand accused of unduly influencing Zuma in his Cabinet appointments in order to secure lucrative state contracts irregularly.

The family arrived in South Africa from Saharanpur in India two decades ago and amassed a fortune in the IT and mining sector, but a number of senior officials, inclusion some former and current ministers, are being accused at the Commission of being complicit in their allegedly irregular dealings.

Several former ministers have also spoken out about how they were summoned to the Gupta home to be offered ministerial positions before Zuma announced them.

Mr Nene had apologised for having been indiscreet in not declaring that he had met the Gupta family at their sprawling family compound in Johannesburg and at their office complex in Midrand rather than at his own offices or other neutral place.

Mr Nene visited the Guptas on a number of occasions between 2010 and 2014, when he was first Deputy Finance Minister and later Minister of Finance.

The former minister's admission at the Commission of Inquiry raised doubts among opposition parties and the business sector about his credibility, although MR Nene has denied having done anything illegal or aiding the Guptas in any way during his seven meetings with them.

Earlier on Tuesday Public Protector Busisiwe Mkhwebane announced that she would launch an investigation into whether Mr Nene had breached the Executive Ethics Act following disclosures that his son Siyabonga Nene received a substantial investment and referral fee from the state-owned Public Investment Corporation (PIC) while his father was at the head of the organisation.

Both the PIC and Mr Nene have denied any irregularities in this process, but it further dented confidence in the South African economy which sent the struggling rand currency tumbling.