The shutdown was called jointly by Manipur People Against Citizenship Amendment Bill (MANPAC) and North East. 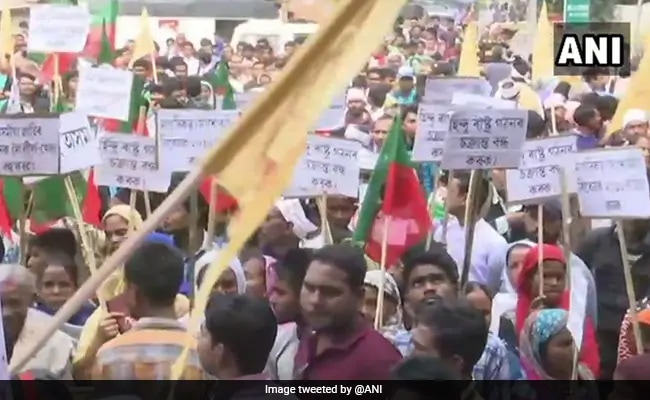 Normal life was crippled in Manipur on Tuesday in an 18-hour shutdown called to protest against the proposed Citizenship Amendment Bill (CAB) which is likely to be introduced in the ongoing winter session of Parliament.

The shutdown was called jointly by Manipur People Against Citizenship Amendment Bill (MANPAC) and North East Forum for Indigenous People (NEFIP) and there was no report of any untoward incident during the strike, which ended at 6 pm Tuesday, the police said.

Official sources said all business establishments, shops, vendors, hotels, motels, entertainment houses and oil depots were closed in response to the call for the shutdown. No educational institutions functioned during the bandh, the sources said.

Attendance in government offices was thin despite the strict orders of the state chief secretary to government employees and education institutions to carry out normal duties or face action.

Inter-state and inter-district buses did not play.

Taxis and autorickshaws too kept off the road. Manipur police arrested MANPAC convenor Yumnamcha Dilipkumar along with three other associates from Manipur's Imphal West district during the bandh.

Police also arrested three women leaders of Khwairamban Keithel, the biggest women market of the country which had remained closed during the day. The North East has been on the boil against the proposed CAB, which the people fear will create a huge demographic imbalance as millions of illegal immigrants from Bangladesh reside in the area.

The CAB was passed by the Lok Sabha on January 8 this year but was not tabled in Rajya Sabha and lapsed.

It sought to provide Indian citizenship to Hindus, Jains, Christians, Sikhs, Buddhists and Parsis from Bangladesh, Pakistan and Afghanistan after seven years of residence in India even if they do not possess any document.