Bombay High Court observed that prima facie there was no evidence of Peter Mukerjea's involvement in the Sheena Bora murder case. 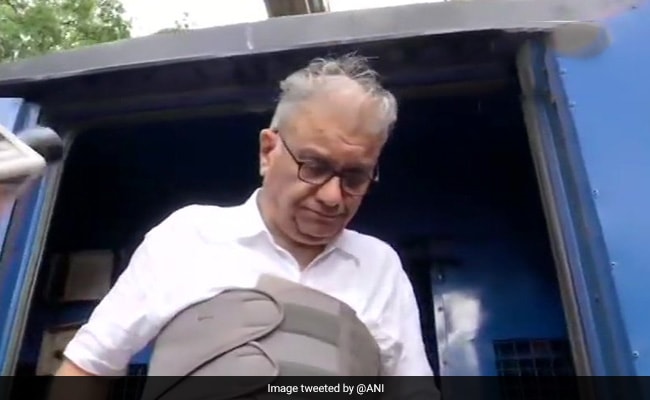 The Bombay High Court on Thursday granted bail to former media baron Peter Mukerjea, arrested in the Sheena Bora killing case, observing that prima facie there was no evidence of his involvement in the crime.

Justice Nitin Sambre granted bail to Peter Mukrjea on a surety of Rs two lakh and directed that he should not contact his children Rahul Mukerjea and Vidhi Mukerjea and other witnesses in the case.

The court, however, stayed its order for a period of six weeks so as to enable the Central Bureau of Investigation (CBI), the agency probing the case, to file an appeal.

Peter Mukerjea was arrested on November 19, 2015, in the case, in which his former wife Indrani Mukerjea is the main accused.

The court in its order noted that there is prima facie no evidence to infer that Peter Mukerjea was involved in the commission of the crime.

"When the incident took place, the applicant (Peter Mukerjea) was not in India. The trial in the case is already underway. The applicant is in jail since over four years and has recently undergone bypass surgery," Justice Sambre said.

"Except for statement of the approver in the case, Shyamwar Rai, there is no reference to Peter Mukerjea in any evidence. There is no other evidence to show his involvement in the conspiracy," the court said.

Justice Sambre said on April 24, 2012, the date of the alleged killing, there was the direct involvement of Indrani Mukerjea and her previous husband Sanjeev Khanna in the offence, as alleged by the CBI.

"There is also no explanation put forth by the CBI as to why Peter Mukerjea was arraigned as accused in the case six months after the arrest of the other accused (Indrani and Khanna)," the court said.

The court also refused to accept the prosecution's argument that Peter Mukerjea conspired to kill Sheena Bora as he was unhappy with the relationship between her and his son Rahul Mukerjea.

"This court has perused various emails exchanged between the applicant and Rahul Mukerjea. It is difficult to infer there was any criminal intent on part of Peter Mukerjea to indulge in the crime in question," Justice Sambre said.

"The applicant was only trying to counsel his son, being a responsible father," the judge added.

The court further took into consideration the fact that the case trial is already underway.

"The applicant is in jail since more than four years and has recently undergone bypass surgery. Considering these circumstances, this court is granting bail," the order said.

The court directed Peter Mukerjea to deposit his passport with the CBI.

According to the CBI, Peter Mukerjea along with Indrani Mukerjea and her previous husband Sanjeev Khanna entered into a criminal conspiracy to kill Sheena Bora.

Sheena Bora, 24, was Indrani Mukerjea's daughter from an earlier relationship.

The killing came to light in 2015 when Indrani Mukerjea's driver Shyamwar Rai, who had helped them dispose of the body, was arrested in another case.

Indrani Mukerjea and Sanjeev Khanna are also lodged in jail since their arrest in the case in April 2015.