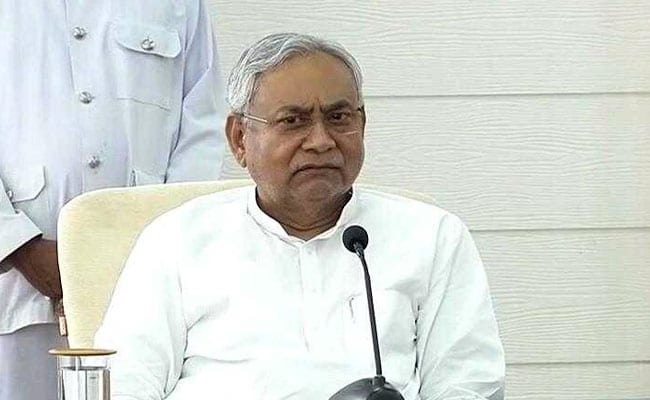 Nitish Kumar's demand for proportional representation was snubbed by the BJP in the national election.

Nitish Kumar today said there is "no question" of his Janata Dal United (JDU) joining the cabinet of Prime Minister Narendra Modi's government at the centre, contradicting his own party leader KC Tyagi. "There is no basis for such a comment," said the Bihar Chief Minister, who has been upset with ally BJP since being offered only one spot in the central cabinet in May.

After a JDU national council meeting in Delhi on Wednesday, KC Tyagi, who is the party's national spokesperson, had said the party was willing to join PM Modi's cabinet if there was an invitation from PM Modi and Union Home Minister Amit Shah, the BJP president, and if participation was based on numbers. "We will welcome this step," Mr Tyagi had said, fueling speculation that the JDU was hoping for a better deal in the middle of the BJP's tussle with another ally, Shiv Sena, over power sharing in Maharashtra.

After the national election in May, Nitish Kumar's demand for proportional representation was snubbed by the BJP, which firmly told its allies that they would be given not more than one spot each in the cabinet as token representation. After winning more than 300 seats in the 543-member parliament, the BJP had an upper hand and did not really need its allies for numbers.

Nitish Kumar reportedly told the BJP that with the high number of Lok Sabha seats his party won in Bihar, his party deserved at least two ministries. His request denied, the Bihar Chief Minister said his party would not join the BJP-led government at all.

Ties have been strained since between the two parties, which form the ruling alliance in Bihar. The rift has surfaced on several instances, including the recent floods in Patna fo which several BJP leaders criticized Nitish Kumar.

Mr Tyagi's comments much drew interest in the middle of an intense standoff in Maharashtra over the Sena's demand for a "50:50" rotational arrangement for chief ministership.

The BJP has made it clear its Chief Minister Devendra Fadnavis will continue for a full five-year term. In back-channel negotiations, the Sena has been offered not just the post of the deputy Chief Minister, but a chunk of portfolios in Maharashtra and at the Centre.

Nitish Kumar had also insisted on a 50:50 formula for sharing of seats before the national election, a demand the BJP had accepted.

Assembly elections will be held in Bihar next year and Amit Shah has made it clear that the ruling coalition will contest it under Nitish Kumar's leadership.