"Vote For Those Who'll Be Available After Polls": Congress's Ajay Maken 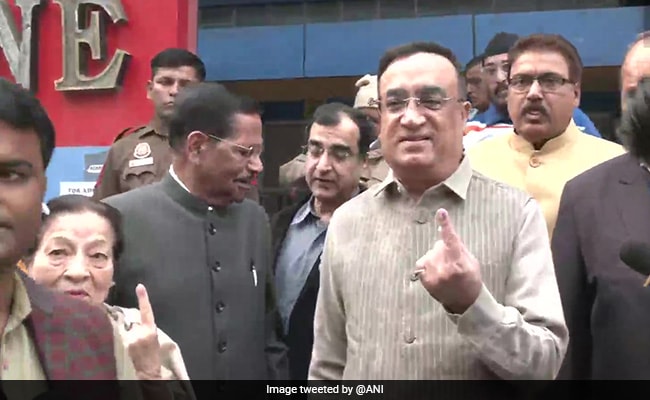 Ajay Maken cast his vote at a polling booth in Rajouri Garden.

Congress leader Ajay Maken on Sunday cast his vote at a polling booth in Rajouri Garden for the Municipal Corporation of Delhi (MCD) elections and urged people to see the candidates and vote accordingly. He was accompanied by his wife Radhika Maken at the polling booth.

Both the AAP and the BJP have exuded confidence that they will emerge victorious in the polls while the Congress is trying to regain lost turf.

BJP with its senior leaders and chief ministers of the party-ruled states held over 200 public meetings and roadshows.

The BJP, which has governed the civic body in Delhi since 2007, is looking to maintain its winning streak while the Aam Aadmi Party, which has a majority in the Assembly, is looking to make inroads in the first municipal election in the capital after the delimitation of wards.