India continues to maintain a vigil on Pakistan-based terror outfits, says Sanjay Verma, secretary in the Ministry of External Affairs 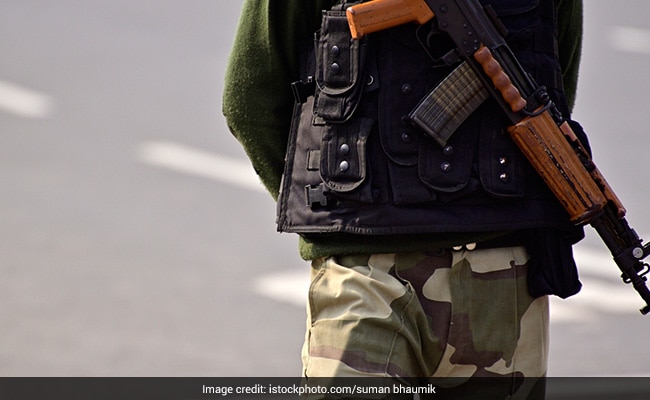 Highlighting the fact that Pakistan's removal from the Financial Action Task Force (FATF) grey list does not mean that the country is not under scrutiny, India said the international community through the FATF process and other counter-terrorism platforms is continuing to scrutinize countries.

Sanjay Verma, Secretary (West), Ministry of External Affairs, in an interview to ANI further said that India continues to maintain a vigil on Pakistan-based terror outfits.

"FATF process also has certain continuity. Once you're off grey list, doesn't mean you're not under scrutiny. I am sure the international community through the FATF process and other counter-terrorism platforms would scrutinize countries and we, of course, have maintained our vigil and we'll continue in future," he said.

He said this in response to the question of Sajid Mir's audiotape that was played yesterday in Mumbai where he was heard directing the attack on Chabad House during the 26/11 Mumbai attacks and further added that India will keep a diligent tab on the rise of terrorism after Pakistan's removal from the FATF grey list.

Further speaking on the Special Meeting of the Counter-Terrorism Committees on countering the use of new and emerging technologies for terrorist purposes, the Secretary said that counter-terrorism is not about numbers or statistics, but about humans.

"This meeting has to be seen in the context of a two-year tenure in the UN Security Council where we have put counter-terrorism on top of our agenda. We had several events over the last two years. We will have a signature event in December during our presidency of the Security Council. But this event today is the first time ever that the UN Security Council members have had occasion to discuss various serious topics," he said.

"The purpose of this is to evolve, to keep going forward on the counter-terrorism narrative, to share experiences, work towards common standards. Counter-terrorism is not about numbers and statistics. It is about people because behind every terrorist attack, the cost is human and that is what we try to do by bringing the UN Security Council Counter-Terrorism Committee to India to highlight these aspects," he added.

In Mumbai on Friday, members of the international community attended the meeting at Hotel Taj Mahal Palace and paid tribute to victims of terrorism, one of the places attacked by a 10-member team of Pakistan-based Lashkar-e-Taiba (LeT) terrorists in November 2008.

India is leading the Counter-Terrorism Committee until the end of this year. The two-day meeting in India marks the first time since 2015, that the Committee has convened outside UN Headquarters in New York.

The discussion will focus on three areas: the internet and social media; financing for global terror networks; and the proliferation of unmanned aerial systems, such as drones.

The Counter-Terrorism Committee was established by unanimous consent on September 28, 2001, in the wake of the 11 September terrorist attacks in the United States, and all 15 Security Council members sit on it.

The Committee is tasked with monitoring the implementation of measures to enhance countries' legal and institutional counter-terrorism abilities, at every level, locally and internationally.