He was running high fever for a few days and was taken to a private hospital in Gurgaon on Saturday. His test report came positive on Sunday. The MLA's family has been quarantined. 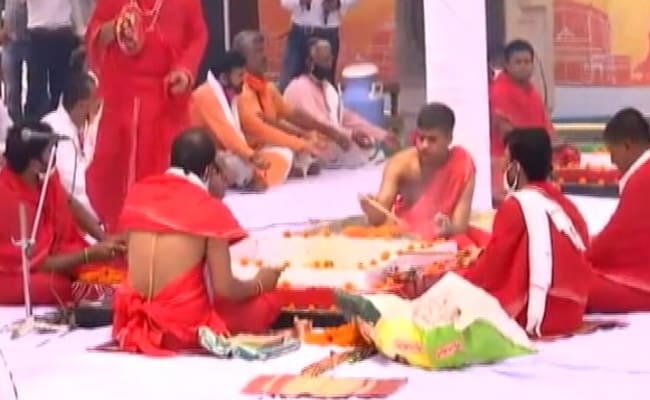 A BJP MLA in Haryana, who had attended a religious event in Kurkshetra about a week ago held to mark this year's first solar eclipse, has tested positive for coronavirus.

He was running high fever for a few days and was taken to a private hospital in Gurgaon on Saturday. His test report came positive on Sunday. The MLA's family has been quarantined.

Around 200 people - locals, journalists, priests and politicians - attended the religious event in Kurukshetra on June 21 where the BJP MLA was also present.

The event was organised to mark a rare solar eclipse - 'Ring of Fire'.

While the religious event is held every year, this year the turnout was much lower due to the pandemic.

On June 21, people in parts of Rajasthan, Haryana and Uttarakhand saw the dramatic "ring of fire" in the sky - the first solar eclipse of 2020. People in other parts of India were able to see a partial solar eclipse, also known as Surya Grahan.

The first solar eclipse of this year coincided with the summer solstice, when the Northern Hemisphere has the longest day.

Haryana has logged over 13,000 cases of coronavirus; more than 200 patients have died.

The state is gradually reopening after months of lockdown. The Haryana government had earlier allowed malls to reopen from June 7 across the state, barring Gurgaon and Faridabad that accounted for overwhelming proportions of COVID-19 infections and fatalities.

In Gugraon, malls are set to re-open on July 1.

Across India, the coronavirus tally has surged past the 5.48 lakh-mark. More than three lakh people have recovered.