The women started off their run from Bardoli, around 270 km from Ahmedabad, at 5 pm on Tuesday and finished it the next day at 9 pm in Dandi. Dressed in running gear, Twinkle Thakar and Swati Thakar said Prime Minister Narendra Modi's message on women empowerment inspired them to take this step and they also wanted to encourage other women to come forward and showcase their skills.

The women started off their run from Bardoli, around 270 km from Ahmedabad, at 5 pm on Tuesday and finished it the next day at 9 pm in Dandi. The women are attempting for a place in the Guinness World Record and have sent footage of their run to the world body.

"At first we were not confident about completing the task, but then our family members motivated us. Our aim was to motivate women to come forward and showcase their skills. Each woman has some qualities, they just need someone's support to come forward," said Twinkle Thakar. 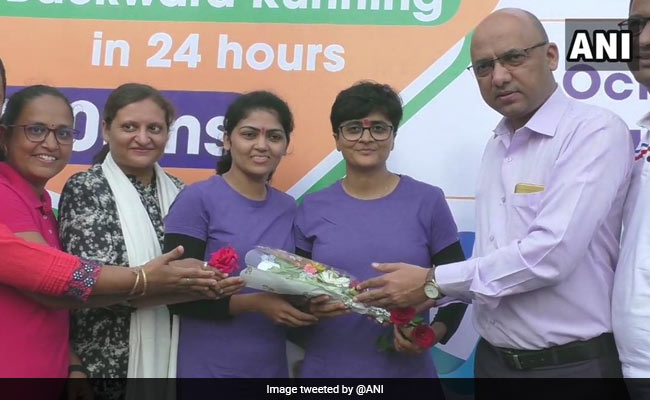 "Our Prime Minister is running programs on women empowerment. This task was in line with these programs. Every woman is special, they just need to come forward and show their skills to the people," said Swati Thakar.

He also urged masses to share achievements of daughters and daughters-in-law on social media with the hashtag #BharatkiLaxmi similar to the mega global campaign #SelfieWithDaughter.