Restore Internet At Protest Sites, Else Will Hold Demonstration: Farmer Leader To Government

The Haryana government on Friday suspended all mobile internet, SMS, and dongle services in 17 districts including Sonipat, Palwal, and Jhajjar till 5 pm on January 30. 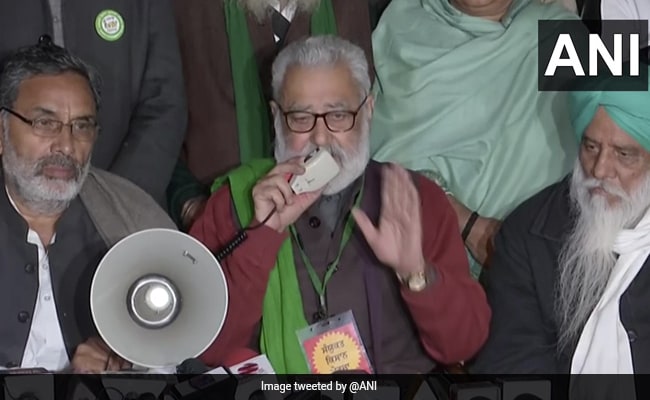 As the internet services were shut down in parts of Delhi-NCR close to farmers' protest sites, Krantikari Kisan Union leader Darshal Pal has appealed to the government to restore the services, else the farmers will protest against it.

"We demand the restoration of internet services in areas where agitation is going on. Otherwise, we will hold a demonstration against it in the country," Mr Pal said while addressing the media on Friday.

The Haryana government on Friday suspended all mobile internet, SMS, and dongle services in 17 districts including Sonipat, Palwal, and Jhajjar till 5 pm on January 30. The voice calls, however, are exempted as earlier from the suspension.

The suspension came after violence took place in the national capital during the farmers' tractor rally on Republic Day.

Heavy security deployment continues at Singhu and Tikri on the Delhi-Haryana border where farmers' protest against three agriculture laws has entered day 66.