The staffers had strictly followed the protocol for conducting post-mortem examinations, a senior medical officer said. 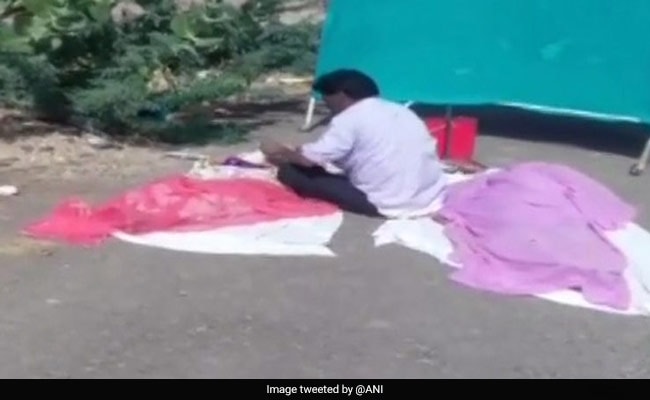 The two women had died after coming into contact with a live wire while drying clothes.

Staffers of a government health centre in Barmer conducted autopsies on two bodies beside a road on Wednesday, shocking passersby and bringing the state of Rajasthan's medical infrastructure into sharp focus.

A video circulating on the social media showed a man performing the procedure on the two bodies outside a building. Although it was being conducted behind a green screen, the bodies could be seen. The local administration has ordered an investigation into the incident.

Employees of the Gadara Road community health centre said they were forced to carry out the autopsy under such circumstances because the region lacks mortuaries. "There is no mortuary on the 100-km stretch between Barmer and Gadara Road. The autopsies were conducted on humanitarian grounds, following a request by the police and family members," said Barmer Chief Medical and Health Officer Kamlesh Choudhary.

The staffers had strictly followed the protocol for conducting post-mortem examinations, he added.

Villagers, however, were far from impressed by Mr Choudhary's explanation. Several among them claimed that open-air autopsies were a common occurrence in the area, and amounted to robbing the dead of their dignity.

Police said Raja Devi (55) and her daughter-in-law Maya Kanwar (30) had died after coming into contact with a live wire while drying clothes. Their bodies were brought to the health centre on Tuesday. Ms Devi's husband, Padam Singh, was referred to a Jodhpur hospital for medical treatment.

According to police, Ms Devi and Mr Singh came into contact with the live wire while trying to save their daughter-in-law. While the man survived, the other two failed to make it.