At the time of sharing the report, he was not on ventilator support and was haemodynamically stable. 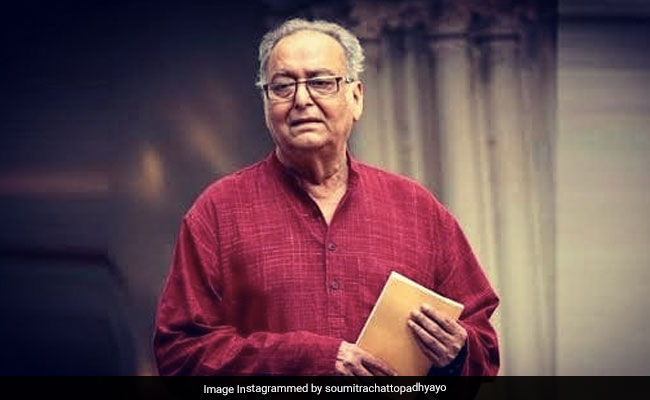 Bengal's legendary actor Soumitra Chatterjee, who is in hospital with COVID-19, may have to undergo invasive medical procedures for doctors to tackle non-Covid complications that have flared up and are impacting his health.

A key concern is probable relapse of prostate cancer and its spread to the lungs and brain. The plan of action shared by the hospital includes aggressive neuro assessment to find exact cause of encephalopathy or swelling of the brain that is aggravating his condition and "likely invasive airway protection".

At the time of sharing the report, he was not on ventilator support and was haemodynamically stable. However, he has intermittent fever of up to 101 degree C and a urinary tract infection.

Mr Chatterjee has been given a second dose of plasma therapy on Sunday. He was given the first dose on Saturday, overseen by key government doctors leading the state's convalescent plasma therapy. He is currently also being given Remdesivir, steroids, anticoagulants and oxygen therapy.

A medical team of 10 doctors from Belle Vue have been joined by six consultants from outside to monitor Mr Chatterjee's condition.

Mr Chatterjee is Bengal's most venerated actor, has been ever since his debut Satyajit Ray's film Apur Sansar in 1959, following which he worked closely with the auteur on a total of 14 films.

He was also directed by Mrinal Sen, Tapan Sinha, Tarun Majumdar and other legendary filmmakers.

He continues to act and deliver popular cinematic hits as well as stage plays, some he also directed.

His latest film is Sanjhbati, which was released in 2019.

Mr Chatterjee has made his mark not only in film but also in theatre, as a writer, playwright and director.