Citizenship Act Protests Highlights: All UP Districts On High Alert Ahead Of Friday Prayers 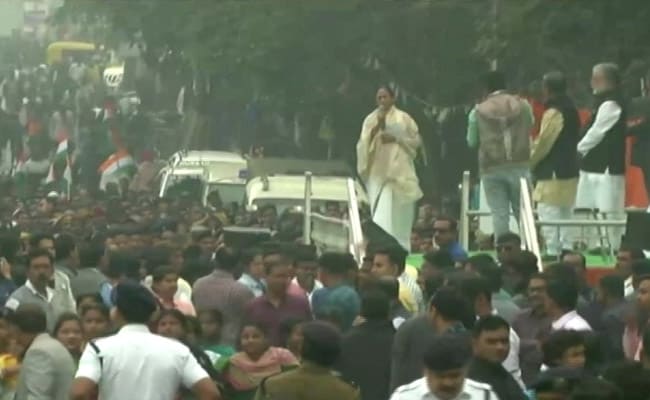 The chief minister said that she would tell students to continue their protest against the Citizenship Amendment Act (CAA) and National Register of Citizens (NRC) in a democratic way.

Here are the Highlights on protests against the Citizenship Amendment Act (CAA):

Dec 26, 2019 20:53 (IST)
"Won't Implement In Puducherry, Come What May: Chief Minister On Citizenship Act
Puducherry Chief Minister V Narayanasamy Thursday claimed the Citizenship (Amendment) Act "ignores" Muslims and that he will not implement the newly enacted law, as well as the NRC, in the Union Territory "come what may".

The Congress CM claimed the CAA and the NRC were "ill-conceived" and aimed at achieving the goal of "Hindutva, as championed by the BJP".
"Is not concurring with the CM or referring to the Centre a difference of opinion termed irregular, autocratic or illegal? That too when there was a provision under the Union Territory act and business rules approved by the President and the parliament which provided for such situations," she wondered.

Scores of people from all walks of life had gathered outside the UP Bhawan to protest against the alleged "undemocratic onslaught on organisations and activists in the state".
PTI
Dec 26, 2019 19:50 (IST)
Internet Suspended In Parts Of UP
The internet services have been suspended in Uttar Pradesh's Meerut, Muzaffarnagar, Ghaziabad, Aligarh and Lucknow.
Dec 26, 2019 19:47 (IST)
Internet suspended in Ghaziabad for 24 hours
The internet services have been suspended in Uttar Pradesh' Ghaziabad district keeping in view the law and order situatuion.
Dec 26, 2019 19:28 (IST)
CAA won't implement it in Puducherry come what may: CM Narayanasamy
Puducherry Chief Minister V Narayanasamy Thursday claimed the Citizenship (Amendment) Act "ignores" Muslims and that he will not implement the newly enacted law, as well as the NRC, in the Union Territory "come what may".
"It cannot be done in a partisan way. You have to include people of all the religions. You can''t do it selectively for the people of some religions. Come what may, I will not implement CAA and NRC in Puducherry," he said.
Dec 26, 2019 18:46 (IST)
Probe into anti-CAA violence suggests involvement of outsiders: UP Police
Preliminary investigation into the anti-CAA violence has suggested the role of outsiders, including those from Bangladesh and Kashmir, police said in Lucknow on Thursday. "The police investigation has revealed that the violence during protests against the CAA on Friday and Saturday in Kanpur took place in an organised manner," Senior Superintendent of Police (SSP) Anand Deo Tiwari said.

PTI Input
Dec 26, 2019 17:10 (IST)
At least 110 people were detained after they staged a demonstration outside Uttar Pradesh Bhawan in Delhi against the alleged police atrocities in the state, officials said. Those detained were taken to the Mandir Marg police station.
Dec 26, 2019 16:41 (IST)
2 Social Democratic Party of India workers arrested over violence in Meerut anti-CAA protest
Two workers of the Social Democratic Party of India (SDPI) were arrested in connection with the violence that ensued during a protest against the Citizenship Amendment Act (CAA) in Meerut, police said on Thursday.
"We searched for the party office here and recovered provocative literature, banners, poster and other promotional materials related to the amended citizenship law. Two people have also been arrested in the matter," Senior Superintendent of Police (SSP) Meerut Ajay Sahani said.
Dec 26, 2019 15:59 (IST)
Internet services suspended in UP's Saharanpur till tomorrow
Internet services will be shut down in Saharanpur till Friday. SSP Dinesh Kumar said, "To prevent spreading of rumours we have decided to close internet services till tomorrow and we have sent a letter regarding that to telecom service providers."
"We are interacting with local leaders and leaders of religious organizations to ensure that peace is maintained and no rumours are spread. Those who spread rumours on social media will be traced and arrested," the SSP said.
Dec 26, 2019 14:10 (IST)
Mamata Banerjee reaches Mallikbazar area in Kolkata as part of protest 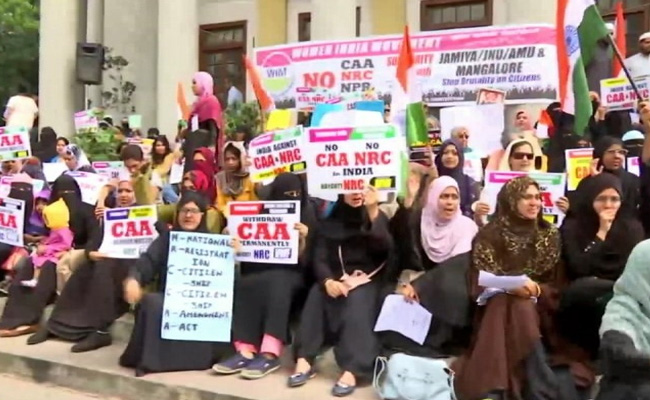 Dec 26, 2019 13:26 (IST)
West Bengal Chief Minister Mamata Banerjee at the anti-CAA protest today
West Bengal Chief Minister Mamata Banerjee is on her 6th anti-CAA protest today. Two of the 6 protests were public rallies and four of them padayatras. Today's padayatra is from Rajabazar to Mallik Bazar.
As part of the protest march, Ms Banerjee said she will send a delegation of her party's trade union to Karnataka to offer support to the families of the people killed in that state during protests against CAA. 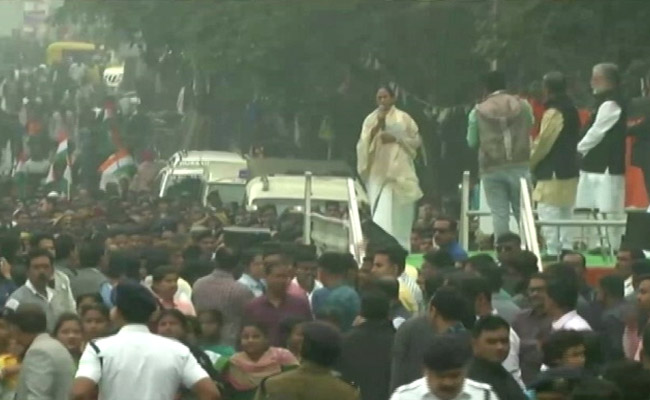 Prashant Kishor's Theory On NRC, Pause, Not Full Stop
Prime Minister Narendra Modi's comment that there was no talk of the National Register of Citizens (NRC) is "a pause and not a full stop," ace election strategist-turned-politician Prashant Kishor tweeted today. He suggested that NRC would be back on track as soon as the government scored a Supreme Court go-ahead on the controversial citizenship law CAA." itemprop="description
Dec 26, 2019 12:40 (IST)
Prakash Ambedkar's Vanchit Bahujan Aghadi holds protest in Mumbai
Prakash Ambedkar claimed that besides Muslims, the CAA-NRC will affect at least 40 per cent of Hindus in the country, and its implications are not yet fully understood. "Tribals, Vanchit Jati and Nomadic tribes are going to be the worst affected by the CAA and NRC. This fight is not about Hindu-Muslims. This is about RSS citizenship versus Constitutional Citizenship, he said.
More than 1000 people are participating in the movement against the Citizenship Act in Mumbai 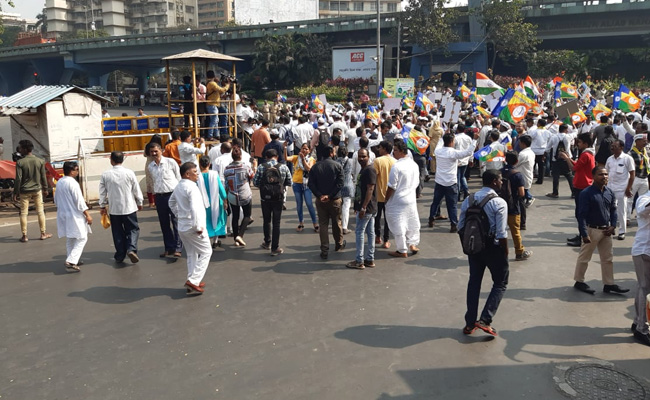 #WATCH Army Chief Gen Bipin Rawat: Leaders are not those who lead ppl in inappropriate direction. As we are witnessing in large number of universities&colleges,students the way they are leading masses&crowds to carry out arson&violence in cities & towns. This is not leadership. pic.twitter.com/iIM6fwntSC

Dec 26, 2019 10:32 (IST)
100 offenders get notices in Lucknow, 300 in UP
The Lucknow district administration has served notices to 100 people regarding the violent protests in the state capital last week. "So far 100 people have been issued show cause notices, and have been given seven days' time to prove their innocence," said Abhishek Prakash, District Magistrate, Lucknow.
Dec 26, 2019 10:15 (IST)
Internet Services In Agra Suspended

District Administration of Agra: Mobile internet services and broadband services to remain suspended from 8 am today to 6 pm tomorrow.

The claim of "अभी तो NRC की कोई चर्चा ही नहीं हुई है" is nothing but a tactical retreat in the face of nationwide protest against #CAA_NRC. It is a pause and not the full stop.

Govt could wait till SC judgement on CAA. A favourable court order and the whole process will be back.