Ashok Gehlot said the Rajasthan government has been demanding that the Centre expand the scope of the NFSA on the basis of the current population. 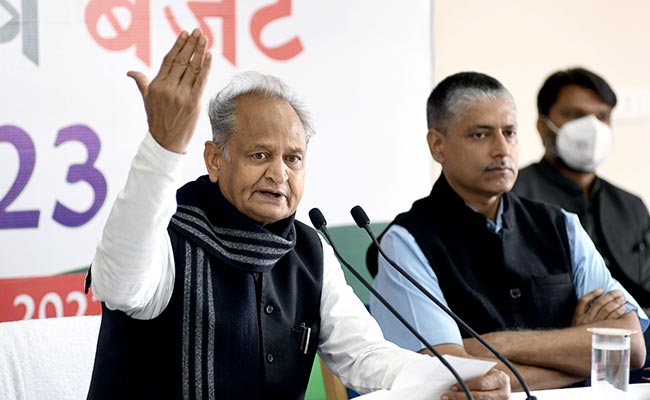 Rajasthan Chief Minister Ashok Gehlot on Friday welcomed the Supreme Court's recent observation that it is the central government's duty to ensure that foodgrains reach the last man under the National Food Security Act.

He said the Rajasthan government has been demanding that the Centre expand the scope of the NFSA on the basis of the current population.

"It is our culture that nobody goes to sleep empty stomach," the Supreme Court said on December 6 and asked the central government to see to it that foodgrains under the NFSA reach the last man.

The court was hearing on its own a public interest matter related to the plight of migrant workers during the COVID-19 pandemic and the resultant lockdowns.

Sharing a news report on the court hearing on Twitter, Mr Gehlot said, "We welcome this comment of the Supreme Court. It has been our constant demand from the Centre that the scope of the National Food Security Act be expanded on the basis of the current population. It is the responsibility of every government to provide food to all citizens. The Rajasthan government provided food to all during the pandemic with the resolve that "no one should sleep hungry", he said.

"Even today there are about 900 Indira Rasoi operating in the state where a full meal is available for Rs 8 in which the state government gives a subsidy of Rs 17 per plate," the chief minister said.

The government notified the NFSA on September 10, 2013 with the objective of providing food and nutritional security by ensuring access to adequate quantity of quality food at affordable prices to people to live a life with dignity.