In a career spanning over 38 years, Air Marshal Singh has held a number of command and staff positions. 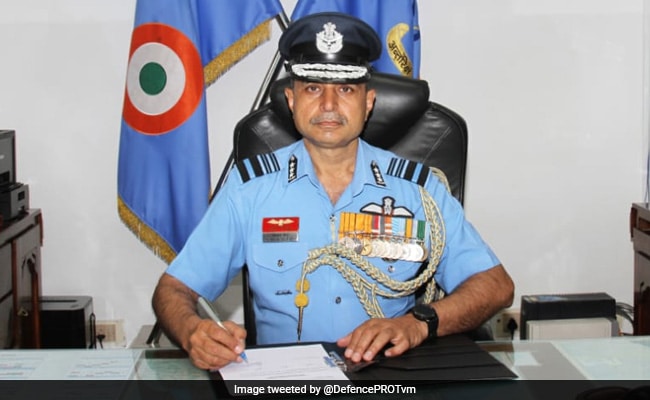 The air officer has flown a wide variety of helicopters and trainer aircraft.

Air Marshal Manavendra Singh on Tuesday took charge as the new commander in chief of the Southern Air Command.

In a career spanning over 38 years, Air Marshal Manavendra Singh has held a number of command and staff positions.

He has commanded various frontline air bases besides the IAF peacekeeping contingent in Bukavu in Congo.

An alumnus of National Defence Academy, Defence Services Staff College Wellington and Joint Forces Staff College in the US, the Air Marshal was commissioned in the flying branch of the Indian Air Force on December 29, 1982, as a helicopter pilot.

An impressive guard of honour presented to the Air Marshal on taking over the Command. pic.twitter.com/FjBsBz0msY

The air officer has flown a wide variety of helicopters and trainer aircraft. He has over 6,600 hours of flying experience in various challenging sectors like the Siachen, the North East, Uttarakhand, the Western desert and Congo.

He was serving as the director-general of inspection and safety at the Air headquarters before he took charge of the Southern Command in Thiruvananthapuram.