Along with the boat ambulance service, Vijay Rupani also launched a mobile application to streamline the operations of the '108' ambulance service in the state, run by a non-profit organisation - GVK EMRI. 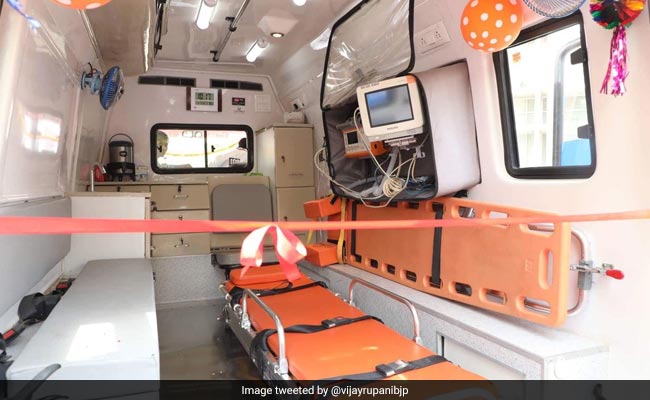 Along with the boat ambulance service, Mr Rupani also launched a mobile application to streamline the operations of the '108' ambulance service in the state, run by a non-profit organisation - GVK EMRI.

A release issued by the state government said, two boat ambulances have been deployed initially to respond to any medical emergency faced by the fishermen in the high sea.

"Each boat ambulance will have five crew members, including a captain and an Emergency Medical Technician (EMT)," it said.

This ambulance service, which will be available 24X7, would prove beneficial to around 1.40 lakh fishermen in the state, it added.

Each ambulance will carry 32 types of basic medicines, four disposable medical consumables and 21 types of non-disposable equipments, such as automated external defibrillator (AED) machine and nebuliser, the release said.

The on-board crew will remain in touch with fishermen, Coast Guard, fisheries department and district police to respond to a medical emergency in the high seas, the release added.

The launch function held at the 'Emergency Response Centre' in the city.

The '108' mobile app has five different modules, including one for the citizens. If someone calls the '108' service using this app, the operator would automatically know the location of the caller without having to spend time in knowing the whereabouts, the release said.

Promoted
Listen to the latest songs, only on JioSaavn.com
The caller will get real-time information about the location of a nearby ambulance and time it will take to reach the spot, it said.

Through the app, the user will also be able to get information about the hospitals and blood banks located nearby.