Ghaziabad Mass Murder-Suicide: Gulshan Vasudeva's brother-in-law, Rakesh Verma, was arrested this morning after the police found a message scrawled on the wall of Gulshan's home. 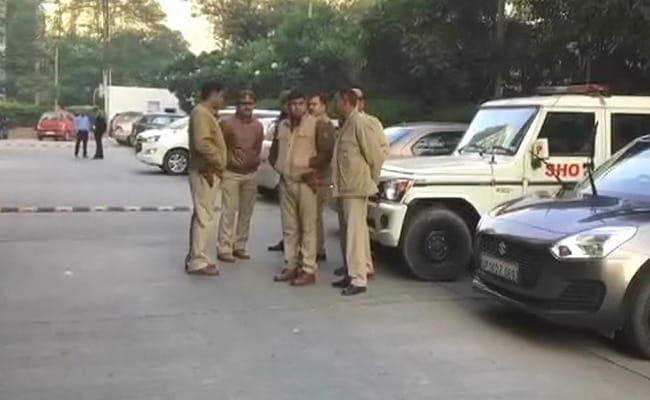 Gulshan Vasudeva jumped to death with his wife after killing his children.

In one of the last conversations before a factory owner in Ghaziabad jumped from his eighth floor flat along with his wife and another woman on Tuesday morning, he had called up a business associate to apologise. The garment trader had made the call after he had allegedly slit the throat of his two children.

"Sorry.... I have failed to pay your debt," Gulshan Vasudeva, a garment trader, had told one of his financiers, Ramesh, on a WhatsApp video call, the associate told NDTV. Gulshan also showed his children's body to his associate during the video call. Before jumping to death, he had also distributed his old clothes among the needy after a family dinner on Monday, the police was told.

On Tuesday, a guard at the Krishna Apra society in Indirapuram, Ajaz Karim Khan, had alerted the police when he found Gulshan's body on the ground next to his wife's. When the police went to Flat 806 of the apartment building in Indirapuram, they found the bodies of two children - Hrithik (14), daughter Hrithika (18). The woman who had jumped with the couple was taken to hospital where she died later.

Today, the police made the first arrest in the case. Gulshan Vasudeva's brother-in-law, Rakesh Verma, was arrested this morning after the police found a message scrawled on the wall of Gulshan's home on Tuesday. "Rakesh Verma, the brother in law of Vasudeva, has been arrested for abetting suicide, while his mother Phoola Verma is also accused in the case is on the run," Senior Superintendent of Police, Ghaziabad, Sudhir Kumar Singh told PTI.

In the message, Gulshan had blamed Rakesh for putting his family under financial distress which compelled him to commit suicide.

Rakesh had taken Rs 2 crore from Gulshan to invest in real estate but failed to hand over the property, said police. Whenever Gulshan asked him for the money, he would give cheques to him that would bounce. In 2015, a first information report was filed against him by Gulshan at the Sahibabad Police Station after which he along with his mother were jailed, senior police officer Sudhir Kumar Singh said.

Cops are also trying to find how Sanjana, the woman who jumped with the couple, was related to Gulshan. While Gulshan's family claims Sanjana was his business partner, Sanjana's brothers, Firoz and Shameem, told police on Tuesday that Gulshan had married her around one and half years ago. Firoz said her sister, who was earlier known as Gulshan, had changed her name to Sanjana after marriage.

In his suicide note, Gulshan had also said that he wanted that the funeral of all his family members should take at the same place.  The cops also found some money at the flat that the Ghaziabad businessman wanted spent on their funeral