On Camera, Man Collapses On Delhi Metro. What A Cop Does Next

A CCTV footage shows a man standing beside the constable suddenly starts to shiver and falls on his face. 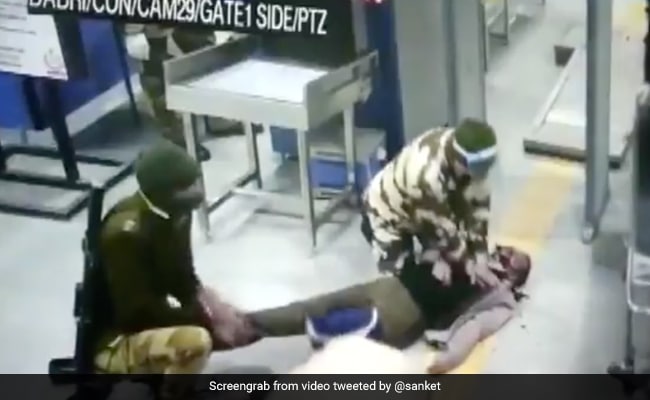 The constable immediately administered cardiopulmonary resuscitation (CPR) to the man

A constable of the Central Industrial Security Force (CISF) saved a man's life after he collapsed at a Delhi Metro station. CISF constable Vikas was on duty at Dabri metro station around 6:50 pm.

A CCTV footage shows a man standing beside the constable suddenly starts to shiver and falls on his face. The man received injuries on his face and mouth due to the impact of the fall, the CISF said in a statement.

"The constable noticed that the passenger was unconscious and not breathing properly, and due to the sudden fall had sustained injury to his face/mouth. Immediately, he started giving cardiopulmonary resuscitation (CPR) to the passenger," it said.

#Respect ⁦@CISFHQrs⁩ Constable Vikas. You are a real hero. Saved a life. 👏👏 Salute.

The man identified himself as Satyanarayan after regaining consciousness and informed the officials that he is a resident of Delhi's Janakpuri. Subsequently, the Delhi Metro Rail Police and an ambulance were called.

"The shift-in-charge of CISF and Station Controller reached the spot and asked the passenger for further medical assistance, but he denied to go to the hospital," the release added.