Carjacker Steals Cab With Passenger Inside, Arrested After 2-Hour Chase

The thief fled with the car when the cab driver deboarded the vehicle to buy cold drink for the unwell woman passenger at a CNG pump in north Delhi. 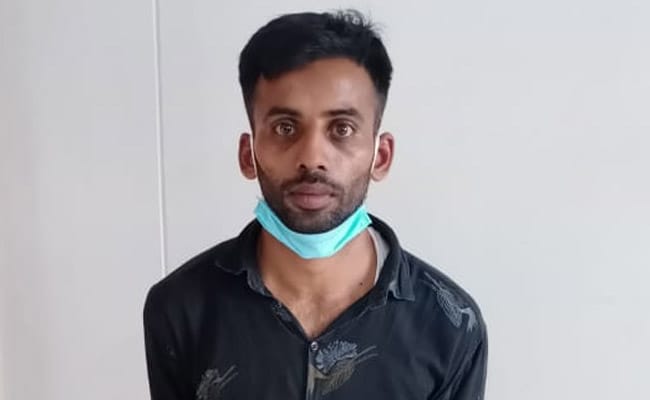 The thief has been identified as 28-year-old Prince Sharma, a north Delhi resident.

A notorious carjacker was arrested by the Delhi Police after a high-speed chase on the roads of the national capital when he tried to steal a cab with a woman passenger inside it. His attempt was foiled thanks to the quick thinking of two constables, who chased after him and alerted a picket team stationed ahead. Though surrounded, the thief rammed the car into a road divider and started running away, but was soon overpowered by the police.

Taking note of the incident, which took place last Wednesday, North Delhi's Deputy Commissioner of Police, Monika Bhardwaj, has said the policemen involved in catching the carjacker and ensuring the safety of the woman inside the stolen car would be rewarded.

The two-hour-long car chase started when the complainant cab driver, Noor Ahamed, stopped near the Gandhi Vihar CNG refueling station in North Delhi to buy a cold drink for his unwell passenger, the police said.

According to the police, when Mr Ahamed returned a man standing by the roadside started beating him and fled with his taxi with the passenger still inside it. As Mr Ahamed ran after his car, the woman passenger also started shouting to raise an alarm, the police said.

The commotion drew the attention of constables Pawan and Anil, who were on highway patrolling duty on the Ring Road. Mr Ahamed informed them that a man had robbed his Xcent taxi and fled off towards Delhi's Burari Chowk area, the police said.

According to the police, the highway patrolling staff of the Wazirabad police station chased after the vehicle and also alerted the picket staff deployed further down the road at ITI, Dheerpur. Surrounded, the thief rammed the vehicle into the central verge, deboarded and started running. "He was arrested after being chased for about 200-300 metres," DCP Bhardwaj said.

The thief has been identified as Prince Sharma, 28, a resident of Mahendra Park in Delhi.