NDTV has won a total of eight awards.

NDTV's quality journalism has been recognised once again at the News Television Awards, given by industry association indiantelevision.com

The Group has won a total of eight awards.

A documentary on the trauma, challenges and bravery unfolding in hospitals during the Delta wave, titled 'Delhi's 9 Days of COVID Hell' , has won "Best Current Affairs Special (English)."

NDTV's commitment to social campaigns and causes has also been recognised with its "Justice For Every Child campaign", which is executed in partnership with the Kailash Satyarthi Children's Foundation, winning for Show on Social/Environment Awareness/Social Development Campaign (English)

There are awards also for Televised Live Initiative by a News Channel (English) for "Banega Swasth India", NDTV's longest running campaign, which is sponsored by Dettol and "Brand Partnership on News Television (English)" for "Dove-NDTV's Stop The Beauty Test." 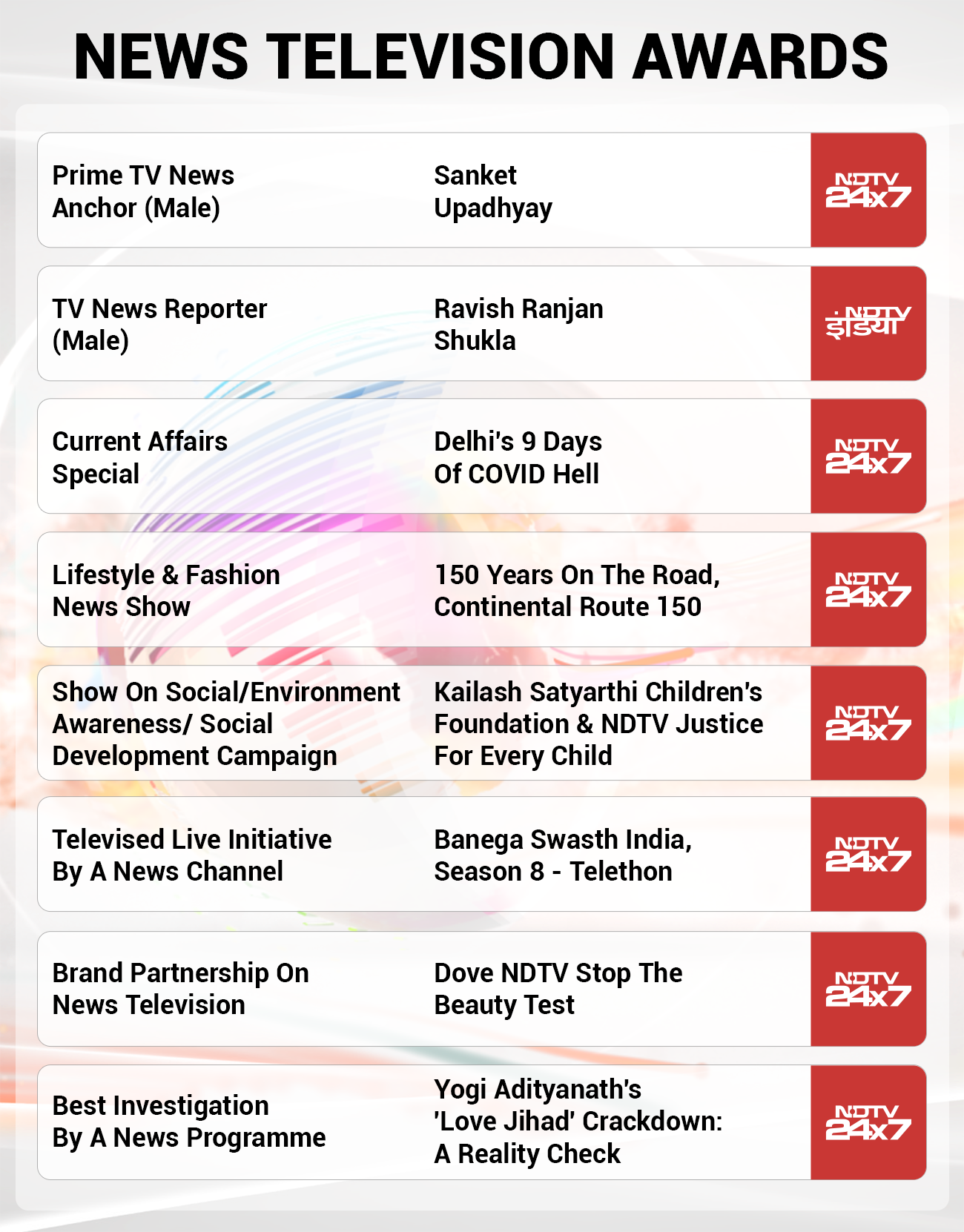 This recognition is once again vindication of NDTV's unwavering commitment to No Hate-For-Profit and, as always, we are so grateful to our television and online audience, and to our business partners, for their support of independent journalism.

A Big Verdict In Favour Of NDTV And Its Founders